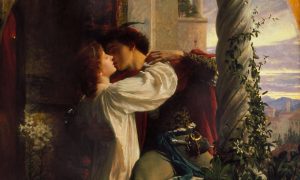 Should We Scoff at the Idea of Love at First Sight?
0
Share Now
TelegramFacebookTweetEmailTellMeWeReddit
Copy Link 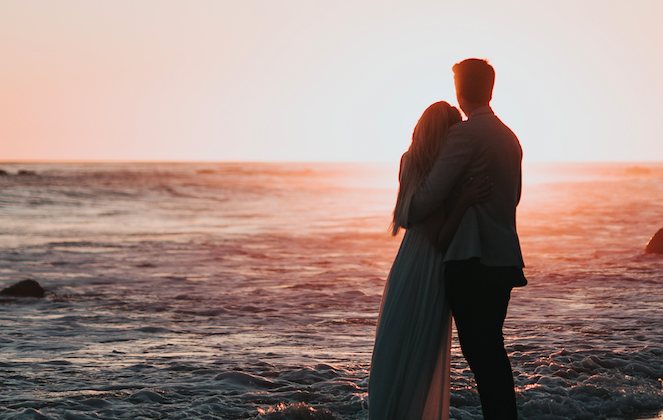 Every aspect of the sexual revolution makes it harder for love and marriage to emerge. (Nathan Dumlao/Unsplash)
Men & Women: Embracing Our Differences

I asked a young man who was applying for college what field he was interested in. He told me he wanted to be an actuary, a highly paid but challenging and difficult career. I asked him why that particular profession attracted him. He said it was because he wanted to be able to support his (future) family. He had researched typical starting salaries for particular fields and found this one near the top.

Now, having read many hundreds of essays by applicants to graduate schools in my own field—social work, a predominantly female and low-paid “helping profession”—I was startled by this response. I had never read such an answer in the many “Why I Want to Be a Social Worker” essays I had read, and if I had, I would have doubted the research skills of the applicant. No one ever entered my field, I suspected, because of its earnings potential. I had heard of young men choosing other fields because they wanted to make good money, but not of their doing so in order to support a family they did not yet have.

As I thought more about it, the young man’s answer seemed to me a very wise one, providing that he could show aptitude and capacity to enter his chosen field, as well as the devotion to a challenging quest of mastering the knowledge and skills he would need. It reflects recognition of the ancient fact of life and society that a man has to work for sex, and sex happens most often and best within marriage. That is not the reason a suitor would give his beloved’s father when asking for his blessing on their future marriage, or that a student would give an admissions committee. But it is what a father, looking out for his daughter’s best interests, would assume in asking the young man about his prospects. He would seek to assure himself that the young man was not a cad and would be able and willing to support a wife and children—that he was not, in modern parlance, a narcissist or a slacker.

Making Him Work for It

Put differently, men are the pursuers and women the gatekeepers in terms of access to sex. Each has something to offer that the other wants, but also expects something in return, a price. Women have more at stake: They are the ones who get pregnant and are concerned with ensuring that, if they do, they will not be abandoned. Since men have higher libidos and are more single-minded in their pursuit of sex, women are able to command a higher price for sexual union.

To see how far that price has fallen, we need to consider both how it is expressed still in countless ways and where such expressions have fallen into disuse. As Mark Regnerus, the leading social scientist researching the phenomenon of “cheap sex,” notes, the expectation that the man will pay when out on a date—that he will romance her, “work for it”—survives even among “enlightened” egalitarians. The man is still the one who proposes marriage and the one who, at least used to, promise marriage in the event of pregnancy. The popular convention or threat of the “shotgun wedding” was one way the girl’s family made sure the boy kept that promise if need be, a way that has fallen into disuse.

In the complicated biblical story of Jacob, Leah, and Rachel, the man ended up working a total of 14 years for the bride he sought. Many other stories and legends attest to heroic quests embarked on and dangers faced to win a maiden’s hand. A famous Chinese tale speaks of three riddles that the successful suitor of a princess has to solve to gain her hand. The many who fail are executed, but still the suitors keep coming until finally one succeeds and, at the risk of his own life, wins her hand. Still today and in real life, many men, but few women, work long hours in dangerous jobs to support their families. They suffer 10 times the rate of workplace fatalities.

But there has been a big decline in what men must do for sex, a cheapening of the price women demand and that men have to pay. The principal causes of this new imbalance of power in the mating market, Regnerus finds, are the pill, pornography, and online dating services like Tinder. All act to suppress the price of sex for men, what they have to give in return for it.

Women may be freed from the traditional social constraints on their sexual behavior, but men lose their motivation to commit to marriage. It is not that men are afraid to man up and commit; it is that they don’t need to. So young men no longer follow the life script of settling down, working harder, and taking fewer risks as they get engaged, married, and start a family (in that order). They may still want to marry, eventually, but there is no hurry for them and plenty of time to enjoy casual sex in the meantime. Young women, with more career choices, higher incomes, and greater control of their fertility, have less reason to marry. As a result of the loss of young men’s motivation to work, young women find more of them “unmarriageable.”

Women’s sexual freedom may turn into many wasted years before they find a marriage partner, if they ever do. The new mating market, as Regnerus puts it, “doesn’t expediently match and move people out of the market (into marriage, which most still desire), but rather seems particularly adept at sexual partner recirculation and relational indecisiveness.”

So there are fewer marriages and they begin later. There also are fewer divorces for the same reason. And because marriage is where the vast majority of sex happens, its waning also has led to a dramatic decline of sex, a “death of eros.” The decline of sex has infected marriage itself, a fact attributable not only to antidepressants and social media use, but also, it appears, to efforts to erase the differences between the sexes, between breadwinner and homemaker, father and mother. There were high hopes that women could increase men’s involvement in the kitchen by rewarding it with sex, a new application of the old gatekeeper function. But empirical research has proven that just the opposite is the case. Men who do more work in the kitchen get less sex in the bedroom and vice versa. Opposites attract and sameness bores.

The cheap sex Regnerus describes may lead to love and marriage, with the necessary sacrifices for and commitments to the good of the other. But every aspect of the sexual revolution makes it harder for love and marriage to emerge. The structural changes to the mating and marriage markets—and the split between the two—such as the ideological and political push to erase the differences between the sexes, to raise boys and girls as if they were identical, and to reduce marriage itself in the official orthodoxy to a state-registered friendship between people, make the path to love and marriage harder. But not impassable.