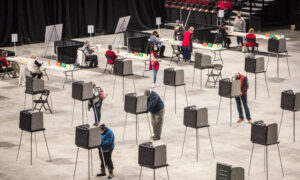 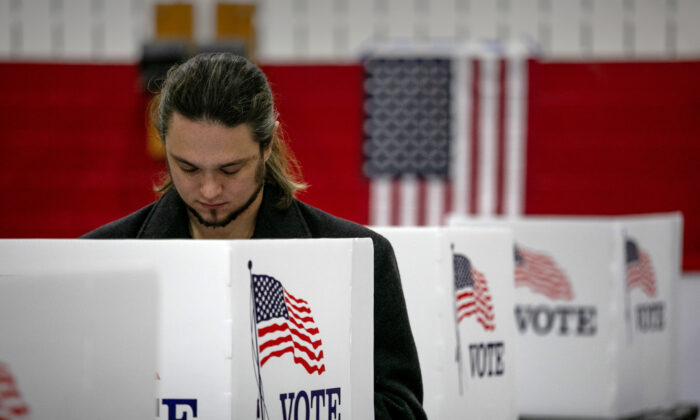 Save Democracy: Defend the Secret Ballot!

Few would have thought that in the year 2020, ordinary citizens would, once again, be obligated to defend the sacred democratic principle of voting in person by secret ballot.

Throughout the history of democracy, the secret ballot became a central element in the evolution toward free and fair elections. But it might surprise some readers to know that it hasn’t always been common practice in the Anglo-American democratic tradition.

The Legacy of the Chartists

In the first half of the 19th century, an era in British history known for draconian restrictions on democratic participation, the demand for a secret ballot was one of six principle demands put forward by the working-class Chartist Movement.

Between 1839 and 1842, millions of British subjects risked persecution to sign the great Chartist petitions, and thousands were active in a historical campaign to win the secret ballot, extend the franchise, and introduce other democratic rights that we now take for granted.

Most British elites of the period refused to even consider the Chartist demands, but it’s notable that the iconic British historian and Whig politician, Lord Macaulay, while rejecting Chartism’s principles as a whole, admitted that the secret ballot was one of the major points that should be supported.

Throughout the industrial revolution, British employers and landowners had been able to use their power over employees and tenants to influence the vote. Small retailers were also reluctant to upset their big customers by voting against their advice.

Chartists, then regarded as radicals, had long campaigned to end voter intimidation by the introduction of a secret ballot. Many elites opposed secrecy at the ballot box, on the specious grounds that it was “unmanly,” but the former prime minister, Lord John Russell, argued that such a move was a necessary prelude to the principle of universal suffrage.

When skilled men in the UK finally won the right to vote in 1867, worries were raised that they would be susceptible to undue pressure from employers. Such concerns led to general support for the Ballot Act in 1872.

The first secret ballot in a parliamentary election took place in a by-election for the Yorkshire seat of Pontefract on Aug. 15, 1872, and, until recently, it remained regarded as a sacred principle of Anglo-American democracy.

The Secret Ballot in America

Even in the American republic, generally considered to be the epicenter of enlightenment democracy, voting wasn’t always a secure, private act. In the nation’s early days, voters were required to provide their own ballots, which they scrawled for themselves, cut out of newspapers, or were given by partisans at the polls.

Open voting and the loose distribution of ballots obviously left a lot of room for corruption. Voters could be bought or intimidated by powerful people, family members, or employers. During America’s colonial period and well into the mid-19th century, election days were often marked by bullying, buying drinks, and other forms of partisan pressure.

To end the disorder and corruption associated with elections, 19th-century reformers put forward the “Australian ballot,” so-called because of its adoption in 1856 in Australia. It provided for secure government-issued ballots to be cast in secret. In 1888, Massachusetts became the first state in the union to adopt the secret ballot, and by the presidential election of 1896, most other states had followed suit.

The secret ballot had its critics in America as well, but reasonable citizens came to realize that, in a world in which all persons do not possess equal social and economic status, the choice of the individual common man required the protection of voter privacy.

Today, the secret ballot refers to the well-established democratic tradition of voting in which, on a designated election day, at a predetermined polling station, in the privacy of a voting booth, each qualified citizen casts a single independent ballot.

Without revealing his or her choice to anyone, the voter folds the ballot and places it in a sealed box. This box is later emptied for counting in the presence of scrutineers from competing parties in the election.

The opportunity to cast an anonymous vote in this manner is an affirmation of the citizen’s right to make an independent decision free from undue interference by interested parties. The method seeks to forestall attempts to influence the voter by intimidation, blackmail, or bribery.

The Ultimate Formula for Election Interference

The drift toward mail-in voting on a mass scale is a deliberate rejection of the democratic principle of the secret ballot and an open invitation to election corruption.

Most democratic nations permit registered voters to solicit an absentee ballot and cast it through the mail. This is most often done to accommodate disabled citizens, overseas military voters, diplomatic corps, and other travelers who are unable to get to their designated polling station on election day.

Until more recently, however, mail-in balloting didn’t play a pre-eminent role in democratic electoral procedures. But moves to make participation in elections easier by mass postal voting or permitting the harvesting of ballots by second and third parties have raised serious doubts about the integrity of elections.

First and foremost, the mail-in ballot is inconsistent with the principle of voter privacy. The citizen’s choice is no longer protected by the ultimate sanctuary of the voting booth and the personal deposit of a single ballot at a scrutinized polling station.

Article 21.3 of the Universal Declaration of Human Rights states: “The will of the people … shall be expressed in periodic and genuine elections which … shall be held by secret vote or by equivalent free voting procedures.”

The mail-in ballot clearly makes it possible for votes to be coerced, bought, lost, forged, or otherwise interfered with outside the protection of long-established voting procedures. It’s the ultimate formula for voter interference.

At the close of an election day, the number of ballots inside the box should match the number of citizens who showed up to vote and were confirmed to be eligible electors by election officials in the presence of partisan scrutineers. This is the only way of certifying that every ballot was cast by a registered elector, and that none of them were fabricated or lost.