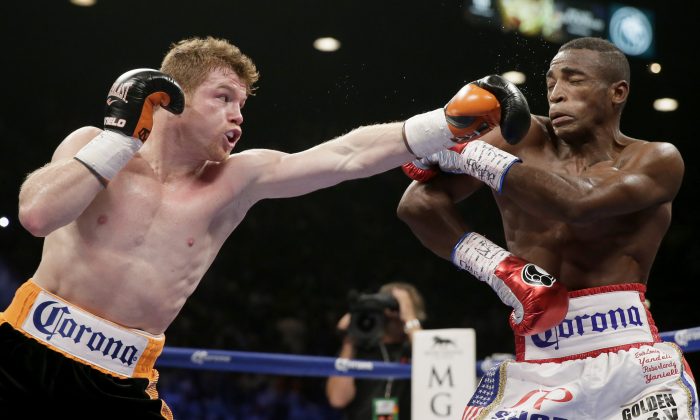 Saul ‘Canelo’ Alvarez Next Fight: Will Opponent be James Kirkland or Miguel Cotto?

Saul “Canelo” Alvarez is now going to fight in December, but his opponent is up in the air.

Canelo has decided to fight at the Alamodome in San Antonio, Texas or the Staples Center in Los Angeles, California.

Canelo, Oscar de la Hoya, and others involved in the decision will meet during the last week of August or early September to decide on the next opponent, reported Boxing Scene.

“After the meeting], we will know if we’re fighting on the 6th of the 20th of December,” said Edison Reynoso. “We will see what is best for us.”

The group’s first choice for an opponent is James Kirkland.

Miguel Cotto was increasingly reported as a potential opponent for Canelo, but that might not be a viable option after Canelo pushed the fight back from November to December.

Team Canelo said that pushback was to make sure Canelo didn’t have too long of a layoff between the fight and a fight slated for Cinco De Mayo weekend in 2015.

What appears to be likely now is that Canelo will fight Kirkland in December and Cotto in that 2015 fight.

Kirkland has wanted to fight Canelo for a while, ever since he had a fight scheduled against him in 2012 but had to cancel.

Kirkland won his last match, but it was all the way back in December 2013.

Erislandy Lara, Keith Thurman, and Gennady Golovkin have also been mentioned as possible opponents for Alvarez.