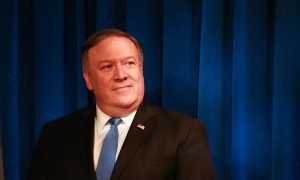 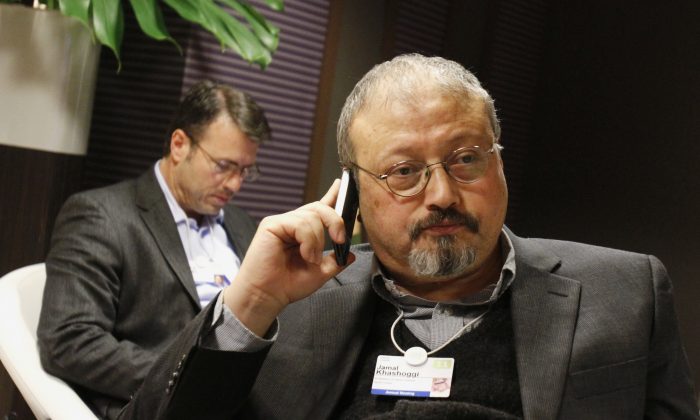 The United States sanctioned 17 senior Saudi officials on Nov. 15, hours after Riyadh’s top prosecutor called for the death penalty for five suspects charged with ordering and carrying out the killing of journalist Jamal Khashoggi.

Attorney General Saud al-Mojeb said that 11 suspects have been indicted in connection with Khashoggi’s slaying in the Saudi Arabian consulate in Istanbul, and that five of the individuals should face the death penalty for their direct involvement in “ordering and executing the crime.”

The announcement was published Nov. 15, in a statement carried by the state-run Saudi Press Agency.

“At the time of Khashoggi’s killing, these individuals occupied positions in the Royal Court and several ministries and offices of the Government of Saudi Arabia,” Pompeo said in a statement. “Our action today is an important step in responding to Khashoggi’s killing.”

The spokesman for al-Mojeb’s office, Shalan al-Shalan, told a rare press conference in Riyadh that Khashoggi’s killers had set in motion plans for the murder on Sept. 29—three days before the slaying.

He said the suspects killed Khashoggi inside the consulate before dismembering the body and handing it over to an unidentified “local collaborator” for disposal. The victim’s body hasn’t been found. Meanwhile, Khashoggi’s family is planning a weekend prayer service without his body.

The Saudi public prosecutor’s office also said Khashoggi was killed following a struggle, after which he was tied up and injected with an overdose of a sedative that killed him.

According to Shalan, Prince Mohammed knew nothing of the operation.

Prosecutors said the highest-level official incriminated in connection with the killing is former deputy intelligence chief Ahmed al-Assiri, who was fired as pressure from Turkey and around the world mounted on Saudi Arabia.

Al-Assiri deemed Khashoggi a threat because of his work as a writer and because he was allegedly backed by groups and countries that are hostile to Saudi Arabia, Saudi prosecutors said. Al-Assiri, a close confidant of the crown prince, is facing charges for allegedly ordering Khashoggi’s forced return to the Saudi kingdom.

Turkey says an assassination squad was sent from Riyadh for the writer and insists the orders for the killing came from the highest levels of the Saudi government, but not King Salman.

Read More
Pompeo Warns Saudi Prince US Will Hold All Accountable for Khashoggi Murder
US Defense Chief: Killing of Writer Is Threat to Stability

Turkey says it also shared the recordings with Western allies. One Turkish official said that officials who heard the recordings, which include Khashoggi’s killing and conversations leading up to the operation, were horrified but their countries had done nothing.

“That is not the conclusion that the people who have heard it have come to,” Bolton said.

Bolton said President Donald Trump seeks to find the truth about what happened in the consulate where Khashoggi was killed.

“I have not listened to the tape myself, but in the assessment of those who have listened to it, it does not, in any way, link the crown prince to the killing,” Bolton added.

The Saudi government claims that a group of rogue operators are responsible for Khashoggi’s death.

Without identifying them, Shalaan said the Saudi prosecutor had requested the death penalty for five individuals “charged with ordering and committing the crime, and for the appropriate sentences for the other indicted individuals.”

He said 11 of 21 suspects have been indicted and will be referred to court, while investigations of the remaining suspects will continue.

He said a travel ban has been imposed on Qahtani, who coordinated with Asiri, meeting the operatives ahead of their journey to Istanbul to brief them on Khashoggi’s activities.

Qahtani has already been fired from the royal court, but four sources based in the Gulf have told Reuters that he is still at liberty and continues to operate discreetly.