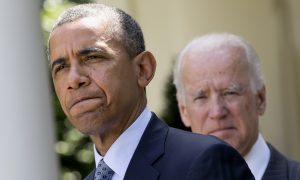 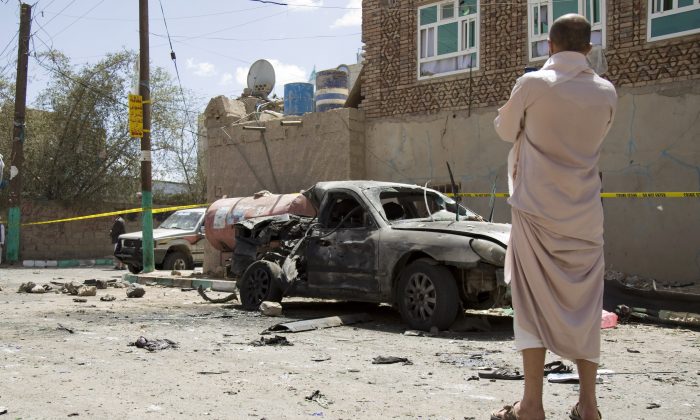 The Interior Ministry’s statement said 10 of those killed were members of the security forces. The state-owned Al-Ekhbariya news channel earlier gave a higher death toll, reporting that 17 had been killed in the attack. It was not immediately clear why there was a discrepancy, but conflicting reports are common in the chaotic aftermath of bombings.

Interior Ministry spokesman Maj. Gen. Mansour al-Turki said nine other people were wounded in the attack, three of them seriously. He said initial findings point to the attack being carried out by a suicide bomber wearing an explosive vest.

A Saudi Interior Ministry official told the Associated Press that the bomb targeted police trainees as they were in the middle of prayer. The official, who spoke to the Associated Press on condition of anonymity because he was not authorized to speak to reporters, could not immediately confirm if the mosque was inside an Interior Ministry compound.

State media reported that the mosque belongs to an Interior Ministry emergency services post in Abha, which is the provincial capital of Asir.

There was no immediate claim of responsibility. But blame is likely to fall on the Islamic State group, whose local affiliate has claimed responsibility for a number of attacks in recent months, including various deadly shootings and smaller attacks against police at checkpoints in the capital Riyadh.

Thursday’s attack was the deadliest against Saudi security forces since IS attacks first appeared in the kingdom last year.

A suicide bomber that struck a Shiite mosque in the eastern village of al-Qudeeh in May killed 22 people. That was the deadliest militant assault in the kingdom in more than a decade, and was followed a week later by another suicide bombing outside another eastern Shiite mosque that left four dead.

In November, a gunman opened fire at a mosque in the eastern Saudi village of al-Ahsa, killing eight.

Obama ‘To Visit Mosque, Host Muslim Leaders on 9/11’ is Fake; President at Mosque Article is Satire

Saudi authorities last month announced the arrest of more than 400 suspects in an anti-terrorism sweep. They said at the time that they had thwarted other IS attacks being plotted in the oil-rich kingdom, including a suicide bomb plot targeting a large mosque in eastern Saudi Arabia that can hold 3,000 worshippers, and attempts to attack other mosques, diplomatic missions and security bodies.

Saudi Arabia is also leading a coalition targeting Iran-allied Shiite rebels in neighboring Yemen, not far from Abha. The rebels have carried out a number of cross-border attacks against military targets.