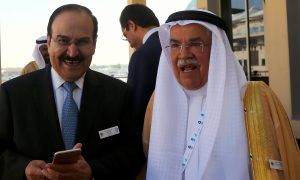 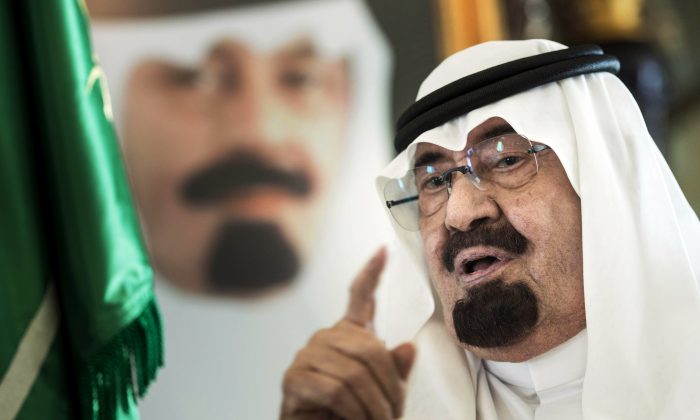 In this Friday, June 27, 2014 file photo, Saudi King Abdullah speaks before a meeting with U.S. Secretary of State John Kerry at his private residence in the Red Sea city of in Jeddah, Saudi Arabia. Saudi state media carried comments by the King early Saturday, Aug. 30, 2014 made on Friday to foreign ambassadors where he warned that terrorist groups will attack Europe and the United States unless they are faced with collective "power and speed" from the international community. While not mentioning any terrorist groups by name, Abdullah's comments come as the Islamic State group has seized wide swaths of land across Syria and Iraq. (AP Photo/Brendan Smialowski, Pool, File)
Middle East

Saudi King Abdullah has died, according to state-run TV on Thursday night.

Forbes magazine put his net worth at around $18 billion. He was the country’s regent from 1996 to 2005 and was Commander of the National Guard for 48 years.

Abdullah was made king in August 2005, following the death of his half-brother.

Here’s a few quotes attributed to him:

“No matter how powerful, countries cannot rule the whole world. The world is ruled by brains, by justice, by morals and by fairness.”

“The hand of justice will reach the perpetrators wherever they are.”