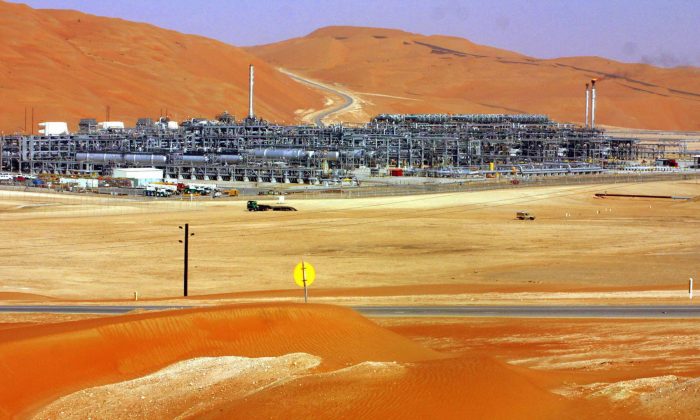 World oil prices have plunged more than 20 percent since June. Brent crude was around US$115 per barrel not that long ago; it now sits at around $80 per barrel. Dramatic changes in world supply and demand conditions explain at least part of the decline, but the role of Saudi Arabia and the murky world of geopolitics in the volatile Middle East are also having a huge impact on prices.

Weak demand for energy at the global level is certainly having a negative effect on world oil prices. The International Energy Agency recently projected that global demand for oil will increase by around 700,000 barrels per day (bpd) over the next few months—roughly 200,000 bpd less than its projections released in the late summer. This is not surprising given that Italy recently slipped back into recession and, even more worrisome, industrial production in the powerful German economy has tumbled. At the same time, real GDP in Japan dropped in the second quarter of this year, while growth in key emerging markets, such as China, Brazil, and Russia, has slumped since the beginning of 2014. In fact, if it wasn’t for the solid growth in the U.S. economy, world oil prices might have dropped well below the $80 per barrel mark.

Tumbling demand for oil has coincided with rising global supplies, especially from the U.S. energy sector. The United States pumped out 8.8 million bpd of oil in September, thanks mainly to surging shale oil production. This production level was 13 per cent higher than in August and 56 per cent higher than in 2011. And it isn’t only the United States that is contributing to the rise in global supplies. Russian production continues to creep higher despite sanctions imposed by the West. Also, Libya’s oil production, which plummeted to only 200,000 bpd at the height of the country’s civil war, has recently increased to 900,000 bpd. And even troubled Iraq’s production is increasing.

Of course, any analysis of volatile world oil prices has to carefully consider the intentions of Saudi Arabia, the world’s largest producer—and this is where it gets intriguing. During past periods of slumping oil prices, the Saudis have taken steps to stabilize prices by cutting back on production. This not only helped their own economy, but also that of fellow OPEC members Iran and Venezuela, which desperately need $100 oil to keep their economies rolling along. This time the Saudis have not stepped in to cut production and stabilize oil markets, and had actually been discounting prices for their customers in Asia in order to preserve market share.

Some analysts contend that, in addition to maintaining market share in an extremely competitive market, the Saudis are letting prices tumble in order to hurt production from America’s booming shale oil industry. If their strategy is to kill shale oil development in the United States, it will likely fail. Citigroup energy analysts estimate that oil prices would have to drop well below $70 per barrel in order to shut down U.S. shale oil production. A more likely explanation, says Deborah Gordon, Director of Energy Programs at the Carnegie Endowment, has to do with geopolitical developments in the Middle East. Relations between the United States and Saudi Arabia have been tense in the past few years due to the Obama Administration’s goal of reaching a nuclear deal with Iran—negotiations that the Saudi government views as a waste of time for the U.S. government. The tensions between the two countries come at the same time that the Saudis are helping the U.S. military in its fight against ISIS.

Saudi Arabia may be gambling that by permitting world oil prices to decline, it could be in a position to repair relations with a key ally. Saudi rulers know that $80 oil will not seriously hurt production in the shale oil industry, but it will provide American families with a huge cost cut in the form of lower gasoline prices. (Despite surging domestic production, the United States remains one of the world’s largest importers of oil.)

At the same time, lower oil prices will put even more pressure on Russia—a country the United States wants to punish for its incursion into Ukraine. Slumping oil prices also damage Iran, Saudi Arabia’s archrival in the Middle East. To balance its budget, Iran needs world oil prices to remain well above $100 per barrel. Read more

Kip Beckman is Principal Research Associate, Economic Services, The Conference Board of Canada.