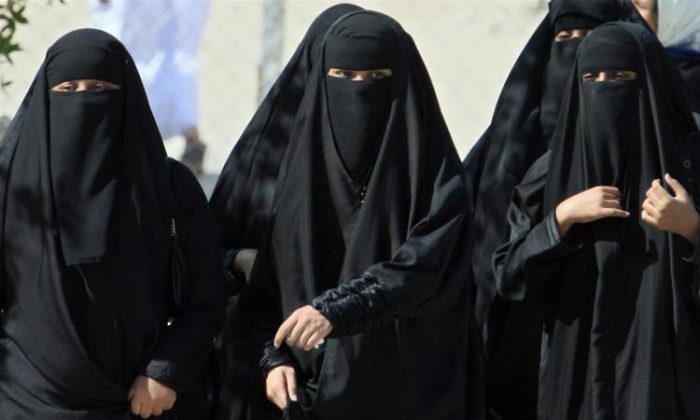 A Saudi Arabian woman has been sentenced to almost half a century in prison for sharing her opinions online, a human rights organization reports.

Nourah bint Saeed al-Qahtani was sentenced to 45 years in prison in August by the Appellate Division of the Specialized Criminal Court in Saudi Arabia, according to Democracy for the Arab World Now (DAWN), which cited court documents.

The woman, whose age is not known, was sentenced for “breaking the social fabric in the Kingdom” by criticizing Saudi rulers, and for “producing, and storing of materials impinging on public order and religious values,” according to DAWN.

The sentencing also claimed that she had “violated the public order by using social media” under the Counter-Terrorism Law and Anti-Cyber Crime Law. It is unclear what exactly the Saudi national had posted online.

DAWN, based in Washington, noted that the Specialized Criminal Court “has jurisdiction over terrorism and security-related cases through an overly broad and vague Counter-Terrorism Law.”

Al-Qahtani’s sentence comes just weeks after University of Leeds doctoral student Salma al-Shehab was sentenced to 34 years in prison on similar charges related to her Twitter account, according to Human Rights Watch.

“Only weeks after this month’s shocking 34-year sentence of Salma al-Shehab, al-Qahtani’s 45-year sentence, apparently for simply tweeting her opinions, shows how emboldened Saudi authorities feel to punish even the mildest criticism from its citizens,” said Abdullah Alaoudh, director of research for the Gulf Region at DAWN.

‘Impossible Not to Connect the Dots’

Alaoudh noted that there has been an increase in “repressive attacks” against individuals who dare to speak out about the Saudi government’s human rights violations since U.S. President Joe Biden’s visit to the country in July.

Biden has defended his meeting with Saudi Crown Prince Mohammed bin Salman, which marked a U-turn from his campaign promise not to do so.

“It is impossible not to connect the dots between Crown Prince Mohammed bin Salman’s meeting with President Biden last month in Jeddah and the uptick in the repressive attacks against anyone who dares criticize the Crown Prince or the Saudi government for well-documented abuses,” Alaoudh said.

Saudi Arabia has repeatedly come under fire from human rights organizations and United Nations bodies over its human rights violations and laws that restrict political and religious expression, including its Counterterrorism Law and the Anti-Cyber Crime Law.

The 2018 murder of journalist Jamal Khashoggi—who was critical of the Saudi government and came up with the idea for DAWN—has been tied to the Crown Prince.

However, officials in the country have rejected any links to the Crown Prince and Khashoggi’s death and denied accusations of human rights abuses, and say its laws serve to protect its national security.

“In both the al-Shebab and al-Qahtani cases, Saudi authorities have used abusive laws to target and punish Saudi citizens for criticizing the government on Twitter,” said Alaoudh. “But this is only half the story because even the Crown Prince would not allow such vindictive and excessive sentences if he felt that these actions would be met by meaningful censor by the United States and other Western governments. Clearly, they are not.”