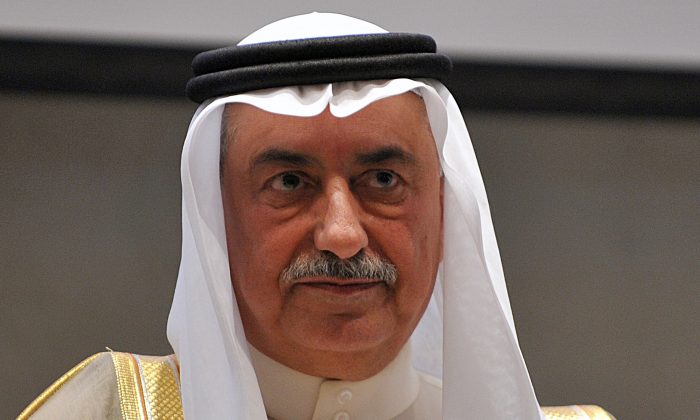 Saudi Arabia: Salaries Will Not Be Cut to Curb Spending

RIYADH, Saudi Arabia—Saudi Arabia is not planning to trim public salaries, wages and allowances, state-run media reported Sunday, just days after an earlier government statement said efforts were being made to reduce such expenditures in the face of a nearly $39 billion deficit that is largely due to falling oil prices.

The Saudi Press Agency quoted an unnamed Finance Ministry official as saying there is no validity to comments being made on social media that the government plans to cut wages. The official said that neither Finance Minister Ibrahim al-Assaf nor any other official from the ministry made such statements.

On Thursday, an official statement carried on SPA in English said there would be “more efforts to reduce current expenditures, especially expenses of salaries, wages, allowances and the like, which represent nearly 50 percent of the approved budget expenditures” for 2015.

A hashtag on Twitter about reducing wages has since attracted thousands of comments, reflecting the sensitivity of any discussion of public sector wages — the main source of income for most employed Saudis. The International Monetary Fund says Saudis are primarily employed in the public sector, which is also the leading source of new jobs.

Of the kingdom’s roughly 20 million citizens, 67 percent are under the age of 30. Many youth seeking to marry are struggling to afford housing — a common prerequisite to marriage in the Middle East.

Last year, hundreds of thousands of users weighed in under the Twitter hashtag: “The salary does not cover the needs.”

The IMF says Saudi Arabia is making considerable efforts to diversify its economy away from the oil sector and strengthen education and skills training, but that more needs to be done to encourage people to seek private sector jobs. Other Arab Gulf counties have been urged to do the same.

Despite the price of oil falling by about a half since the summer, the government will draw on extensive reserves to maintain spending levels, particularly on salaries, wages and allowances.

The Saudi government has projected $229.3 billion in total expenditures and $190.7 billion in revenues for the coming fiscal year.