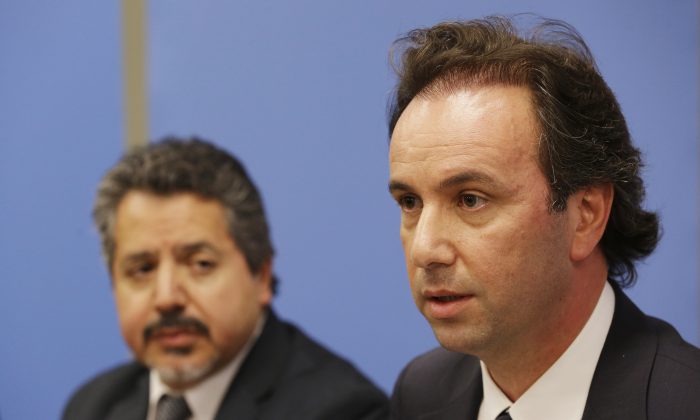 BEIRUT—Saudi Arabia is hosting Syrian opposition groups and many of the main rebel factions next week in an effort to come up with a unified front ahead of peace talks with Syrian government representatives scheduled to begin early next year.

The meeting is the first of its kind in the kingdom, a main backer of the opposition, underscoring how the internationally backed effort is the most serious yet to end the nearly five-year civil war, which has killed more than a quarter of a million people and triggered a refugee crisis of massive proportions.

The rebel factions’ participation points to the evolution in the position of many of them that long rejected any negotiations with Damascus as long President Bashar Assad was in power. Now they are on board to attempt a process that the United States and its allies say must eventually lead to Assad’s removal — but with no timetable for it.

At the three-day gathering that starts Tuesday in Riyadh, the factions will try to form a unified opposition delegation and a platform regarding what is meant to be a transitional period in Syria, officials who were invited said.

“We will be negotiating Assad’s departure,” said Mustafa Osso, the vice president of the Syrian National Coalition, the main Western-backed opposition group. “If this regime stays, violence will continue in Syria and there will be no stability,” he said, speaking from Turkey. Osso will be part of what he said will be a 20-member delegation from the coalition at the Riyadh meeting.

A peace plan agreed to last month by 17 nations meeting in Vienna sets a Jan. 1 deadline for the start of negotiations between Assad’s government and opposition groups. The plan says nothing about Assad’s future, but states that “free and fair elections would be held pursuant to the new constitution within 18 months.”

Among the nations that took part in the Vienna meeting were the United States, Russia, Iran, Saudi Arabia, Qatar and Turkey. Russia and Iran have been Assad’s strongest supporters since the crisis began in March 2011 while Saudi Arabia and Turkey have backed factions trying to remove the Syrian president from power.

“The action will divert Vienna political efforts on Syria from its natural path and will drive the Vienna talks toward failure,” Hossein Amir Abdollahian was quoted as saying.

Most of the main rebel factions have been invited to the Riyadh talks, including the Western-backed Free Syrian Army. Also among the invited are two of the biggest — Jaysh al-Islam and the ultraconservative Ahrar al-Sham group that has been for months trying to improve its image and market itself as a moderate faction, said Ibrahim Hamidi, a journalist who covers Syrian affairs for the Saudi-owned newspaper Al Hayat.

Spokesmen for Jaysh al-Islam and Ahrar al-Sham did not respond to requests for comment on whether the groups would attend.

“The time for serious negotiations to find a solution has begun,” Hamadi said.

But in a sign of the splits within Assad’s opponents, no Kurdish factions have been invited, including the main Kurdish militia known as the YPG. The YPG has been the most successful group fighting the Islamic State group and captured scores of towns and villages from the extremists over the past year.

Saleh Muslim, the president of the largest Kurdish group, the Democratic Union Party or PYD, said his group has also not been invited. He said Turkey, which has broad fears of Kurdish ambitions, likely pressured Saudi Arabia not to invite them or the YPG.

“We would love to participate. The conference is related to Syria’s future and we are a main part of Syria and its future,” Muslim said.

Kurds are the largest ethnic minority in Syria, making up more than 10 percent of the country’s pre-war 23 million people. There are Kurds, including Osso, in some other factions that will attend.

Among those invited is Hassan Abdul-Azim, a veteran opposition figure in Syria who leads the Syria-based National Coordination Body for Democratic Change. He said that his group will enter talks with the Syrian government “without pre-conditions.”

“The fate of the Syrian president will be decided during the negotiations,” Abdul-Azim said.

Russian Foreign Minister Sergey Lavrov said last month that the Syrian government has already put forward to the U.N. special envoy for Syria, Staffan de Mistura, the makeup of its delegation to the upcoming negotiations.

Also ahead of the peace talks, Jordan is to oversee a process identifying which militant groups in Syria should be considered as terrorists and thus unable to participate in any negotiations. That is to be completed by the time the political process between the government and opposition begins in January.

On Thursday, Iyad Ameen Madani, the secretary general of the world’s largest body of Muslim nations, the Organization of Islamic Cooperation, appealed to the Syrian opposition leaders to “close ranks and make the legitimate demands of the Syrian people for change, reform and reconstruction of institutions.