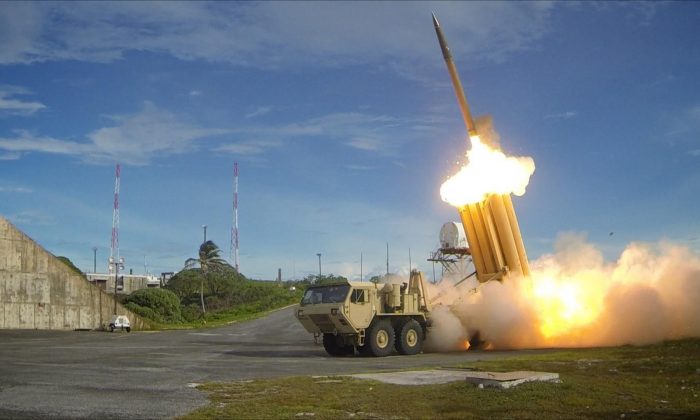 A statement by the coalition said the rockets did not cause injuries or material damage and that the Saudi Air Force reacted immediately and destroyed the launching pad inside Yemen.

A Saudi official, speaking on condition of anonymity because he was not authorized to brief the press, said the missiles were targeting Jizan’s civil airport and had been fired by Yemeni rebels, known as Houthis. Fighting in Yemen has continued despite a cease-fire agreement, with U.N.-sponsored peace talks in Switzerland collapsing on Sunday but scheduled to reconvene Jan. 14.

The conflict in Yemen pits the country’s internationally recognized government and the U.S.-allied, Saudi-led coalition against Houthis, who are allied with Yemen’s longtime former president. Local affiliates of al-Qaida and the Islamic State group have exploited the chaos to grab land and exercise influence.

According to U.N. figures, the war in Yemen has killed at least 5,884 people since March, when fighting escalated after Saudi Arabia began launching airstrikes targeting the rebels. Cross-border shelling has also killed dozens of Saudi border guards and soldiers.

On Monday, Human Rights Watch reported that the Saudi-led coalition’s airstrikes in residential areas of the Yemeni capital Sanaa killed 60 civilians in September and October. The group said it found no evidence there were any military targets in the Old City or al-Asbahi neighborhood, adding that homes in several other areas were hit “200 meters or more from possible military objectives.”

The group also said Houthi forces have put civilians at risk in at least two of the attacks in densely populated neighborhoods.

“How many civilians will die in unlawful airstrikes in Yemen before the coalition and its U.S. ally investigate what went wrong and who is responsible,” said Joe Stork, the group’s deputy Middle East director.

Inside Yemen, tribal supporters of the internationally recognized government advanced on rebel positions northeast of Sanaa and fighting with heavy weapons broke out, independent security officials and witnesses said. More than 15 people were killed, with casualties on both sides, and weapons such as rockets are now positioned within range of the capital’s northern and eastern suburbs.

Fighting also took place in the provinces of Jawf, Hajja and Marib, despite officials claiming to support extending the weeklong ceasefire that began last Tuesday but has been violated widely since, the security officials said, speaking on condition of anonymity because they weren’t authorized to brief reporters.

The truce appeared to be holding in Taiz, Yemen’s third-largest city which is under a rebel siege. Civilians could move about the city freely for the first time since last summer and even entered the city on foot, the officials said.

However, trucks loaded with international aid have yet to enter Taiz because the Houthis did not let them pass checkpoints, they said, adding that long lines had formed outside the city. Fighting still raged in surrounding areas as well as in the port city of Mocha.

And in Hodeida, a western coastal town through which much aid arrives, residents told The Associated Press that airstrikes by the Saudi-led coalition hit the area late Sunday night, killing at least seven and wounding 13.