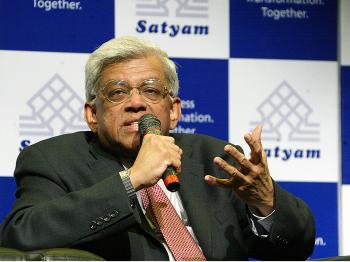 In December of 2008, the World Bank (WB) banned Satyam from working on any of its projects for eight years, merely five months after it was awarded a five-year contract that called for various software services and training, according to media reports. Then came Satyam Chairman B. Ramalinga Raju’s admission of cooking the books for a number of years. The news came in a letter to the board in early January, published in full by Indian media.

According to media reports, disclosure of falsifying books prompted Merrill Lynch to withdraw from further association with Satyam on Jan. 6.

Satyam’s CEOs Raju, his brother B. Rama Raju, and Chief Financial Officer Srinivas Vadlamani are imprisoned and face a maximum seven-year prison term if charged under several sections of the Indian Penal Code.

The auditors did not act in bad faith, but they did a slipshod job and were remiss in their auditing duties, claims Rajesh Chakrabarti, professor at the Indian School of Business (ISB), based in Hyderabad.

The evidence was strong enough for the arrest of Srinivas Talluri and S. Gopalakrishnan, partners of Satyam Computer Services Ltd., an Indian affiliate of PricewaterhouseCoopers.

Suggestions are that Raju’s claim of siphoned money is farfetched. Indian law requires that banks subtract the amount of tax owed on interest payments of amounts over $200 annually and remit directly to India’s tax authorities. Therefore, the money in the bank and shown in the financial statements is real.

KPMG’s appointment appears to be the wrong move. According to the Institute of Chartered Accountants of India (ICAI), which regulates India’s chartered accountants, KPMG may not audit accounts in India, as it is not registered with ICAI.

Worldwide, experts and media disagree over the Satyam scandal’s effect on corporate India. Some see gloom and doom, while others shrug and say it will pass and India will be stronger for it.

“The outrage over Raju’s admission of systematic accounting fraud has broadened to wider concern about the potential damage to India’s appeal for foreign investors and the IT services industry in particular,” KW published in a recent article, “Scandal at Satyam: Truth, Lies and Corporate Governance.”

A single accounting scandal might not stop foreign firms from doing business with India. But investment experts suggest that any more skeletons in corporate India’s closets will cause international investors to run from investments in that country. Outsourcing to India might take a hit, given the sensitivity and confidential information exported to the Indian companies, they suggest.

Damage control is on the mind of Rajeev Chandrasekhar, president of the Federation of Indian Chambers of Commerce and Industry.

Chandrasekhar “called upon regulators ‘to move quickly to demonstrate that this is an exceptional case among [Indian] corporations,’ and that investors ‘need not worry about Indian corporate governance and accounting standards,’“ according to another KW report.

The World Bank announced that it barred Indian entities from its programs, for having committed fraud and corruption and offering bribes to World Bank officials.

On the TI Corruption Perception Index 2008, India ranked 85th out of 180 countries.