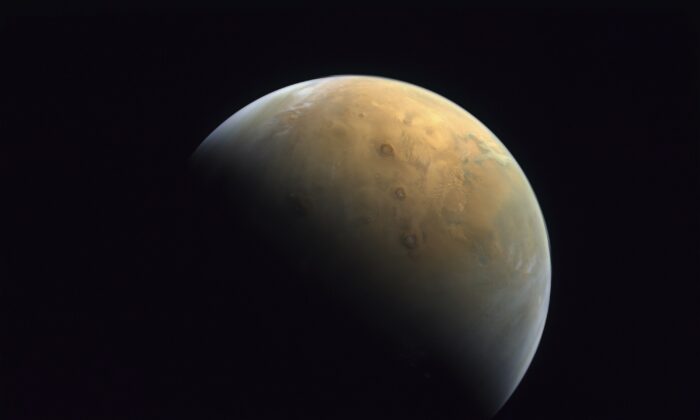 Stargazers and early risers are in for a rare treat on Sunday morning with four planets set to align followed by Venus and Jupiter appearing to almost collide with one another.

Saturn, Mars, Venus, and Jupiter will look like they’re in a straight line early on Sunday morning, the Australian National University says

The two brightest planets in the sky, Venus and gas giant Jupiter, will get so close that they’ll appear to collide and become one planet.

“Venus and Jupiter have been moving closer together over the past several weeks,” astrophysicist Brad Tucker said on Saturday.

No special equipment is needed to view the celestial sky show from Australia, which starts about 4.30 a.m. EST and goes until sunrise.

“Although Venus and Jupiter get close to one another every few years, this time there is also Mars and Saturn in the mix which is pretty rare,” Dr. Tucker said.

“If you have a telescope, a pair of binoculars, or a decent camera, then you’ll get an even better view.”

Venus, Jupiter, Mercury, and Mars previously came together in the eastern sky in a formation—not likely to be seen again until 2040—during the early sunrise hours of May 13, 2011.