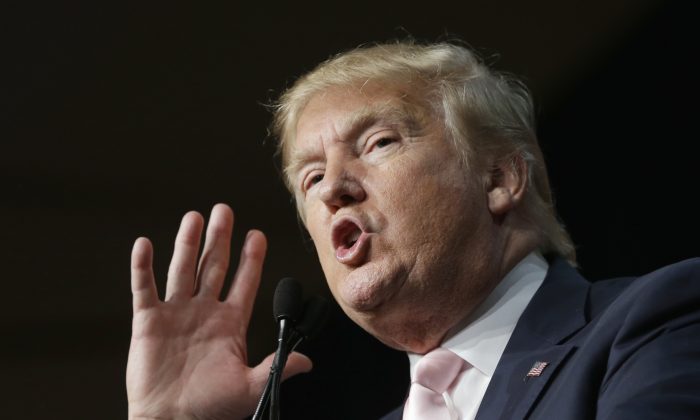 Donald Trump hosted Saturday Night Live this weekend, and one of the sketches presented a humorous look at the progress he hopes to make if he’s elected president.

Pretending to be set in the White House in 2018, Trump’s advisors let him know everything is perfect.

On the Syrian front, Trump learns that ISIS is completely eradicated, and refugees streamed back into the country.

Even better, many had good jobs thanks to a Trump casino and hotel that opened in Damascus.

And Trump’s insult of Russian President Vladimir Putin apparently had Putin changing his ways, much to Trump’s pleasure.

Trump also heard how his hard line stance toward China had shifted the borrowing.

Trump’s overall performance on SNL was slammed by many, but others found it funny. What do you think?

Also, check out another clip below.