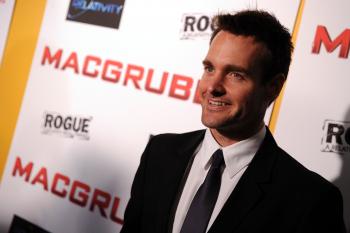 Actor Will Forte attends the premiere of 'MacGruber' on May 19 in New York City. The actor will no longer be appearing in Saturday Night Live. (Bryan Bedder/Getty Images)
Entertainment

Alex Johnston
View profile
Follow
biggersmaller
Print
Saturday Night Live, like the revolving door of comedic talent that it is, will cast three new members, according to media reports on Tuesday.

Most recently, SNL regular Will Forte—best known for his roles as Macgruber and the Falconer—announced last week that he will not appear next season.

Actor and comedian Taran Killam, and Chicago comedians Paul Brittain and Vanessa Bayer will be the latest to the join the late-night sketch comedy show, according to Entertainment Weekly.

NBC has not confirmed the reports.

Brittain and Bayer are Chicago-based comedians who are both with improvisational comedy group iO Theatre, according to the Washington Post.