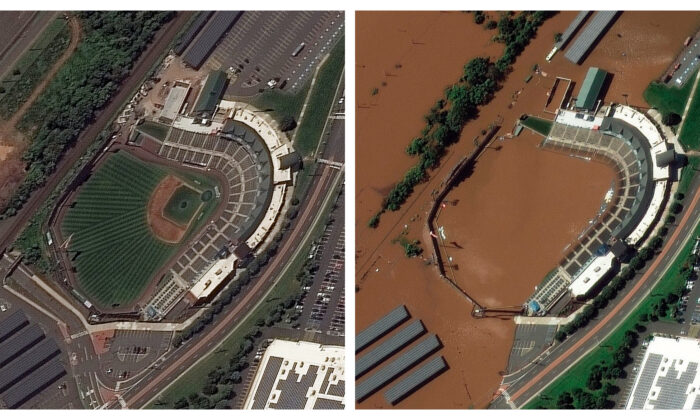 Satellite Images Show Before and After Ida Flooding in New Jersey

Satellite images released on Friday showed the scale of the devastation caused by flooding in the United States after the East Coast was hit by the remnants of Hurricane Ida.

The adverse weather caused surging rivers and tornado damage with record-breaking rain drowning more than 40 people in their homes and cars.

In a region that had been warned about potentially deadly flash flooding but hadn’t braced for such a blow from the no-longer-hurricane, the storm killed at least 46 people from Maryland to Connecticut on Wednesday night and Thursday morning.

At least 13 people were killed in New York City, police said, 11 of them in flooded basement apartments, which often serve as relatively affordable homes in one of the nation’s most expensive housing markets.

Suburban Westchester County reported three deaths whilst officials said at least five people died in Pennsylvania, including one killed by a falling tree and another who drowned in his car after helping his wife to escape.