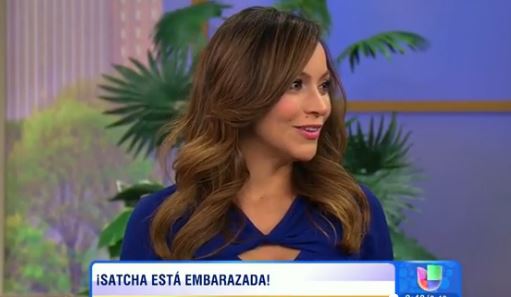 The news was revealed in a live announcement on the show.

Butler, who was present at the announcement, gave his wife flowers and mariachi.

“Whatever would have bothered me before doesn’t affect me anymore. I am very happy; very content with my wife and baby.”

The news comes about six months after Pretto and Butler were married in Barcelona.

Univision surprised Pretto by flying in her mother and grandmother in from Honduras for the announcement.