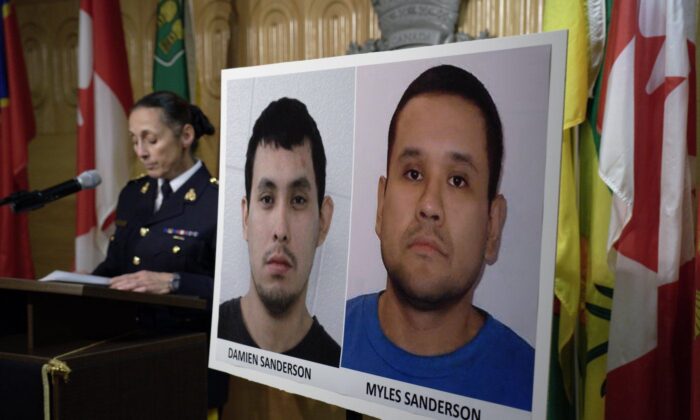 Law enforcement experts say the RCMP appear to have learned from past mistakes by providing regular updates and information about the hunt for a stabbing suspect in Saskatchewan.

The police force says it issued its first dangerous persons alert early Sunday morning, about 90 minutes after it started to receive reports of multiple stabbings on James Smith Cree Nation.

It was also quick to release the names and photos of two suspects, one of whom has since been found dead, and has issued several more emergency alerts as the hunt for the other suspect, Myles Sanderson, continues.

Experts say the Mounties’ use of emergency alerts and public updates during their search for Sanderson has stood in sharp contrast to the lack of information provided during past manhunts.

That includes what many see as the RCMP’s failure in Nova Scotia in 2020, when the police force was slow to warn the public and release information during a 13-hour-long shooting rampage that left 23 people dead, including the gunman.

Retired RCMP sergeant Bruce Pitt-Payne says that the Mounties’ response hasn’t been perfect, but that issuing emergency alerts is a significant sign the force has heard the criticism and is trying to respond.