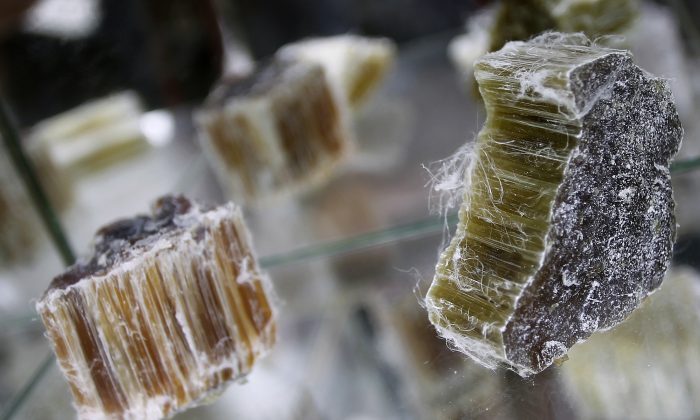 Raw asbestos on display in Caligny, France, on June 21, 2012. Saskatchewan has made reporting of asbestos in public buildings mandatory. (Charly Triballeau/AFP/GettyImages)
Canada

Saskatchewan has become the first province in Canada to make the reporting of public buildings containing asbestos mandatory.

Under the new legislation, information about public buildings found to contain asbestos must be reported, including health centres, schools, provincial government buildings, as well as buildings affiliated with Crown corporations.

The legislation is called Howard’s Law after Howard Willems, a tireless advocate for public reporting of asbestos. Willems, who was an inspector with the Canadian Food Inspection Agency, died from mesothelioma, a rare form of cancer caused by inhaling asbestos fibres.

According to Health Canada, asbestos poses a health risk when its fibres are present in the air that people breathe.

“People want and deserve to have easier access to information about the presence of asbestos in public buildings,” Saskatchewan Health Minister Dustin Duncan said in a statement.

“A public registry will help provide residents with relevant information about this important issue.”

The new legislation has requirements for both online as well as on-site public reporting.

There is currently no federal registry of buildings containing asbestos.