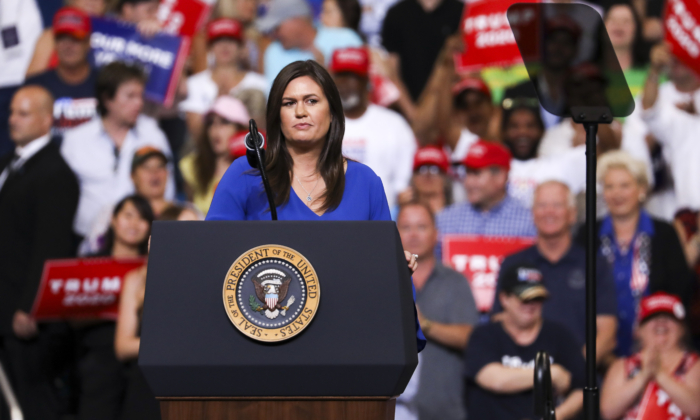 She will face physicist and minister Chris Jones in the general election in November. Jones is the projected winner of the Democratic primary with more than 71 percent of the vote, with 46 percent of the precincts reporting late on May 24.

Sanders said on the campaign trail that she would protect conservative Arkansas from the radical national agenda pushed by liberal lawmakers in Washington. She proposed to phase out the state income tax, to give taxpayers a pay raise amid inflation, support police to enforce the law, and expand public-funded school choice programs.

According to the latest financial disclosures published by the Arkansas Secretary of State’s Office, Sanders raised $13 million during her campaign, to far outpace any other Republican or Democratic candidate.

After Sanders entered the gubernatorial race in January, Republican Lt. Gov. Tim Griffin and Attorney General Leslie Rutledge both dropped their bids for governor and ran for each other’s post instead.

After the incident, Boozman issued a statement saying Trump bore some responsibility for the violence. Last May, Hill voted to establish a commission to probe the incident.