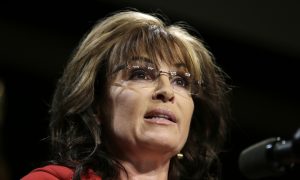 Sarah Palin Fight: After Brawl, She Told Her Kids to 'Clean Up Their Acts'
0
Share Now
TelegramFacebookTweetEmailTellMeWeReddit
Copy Link 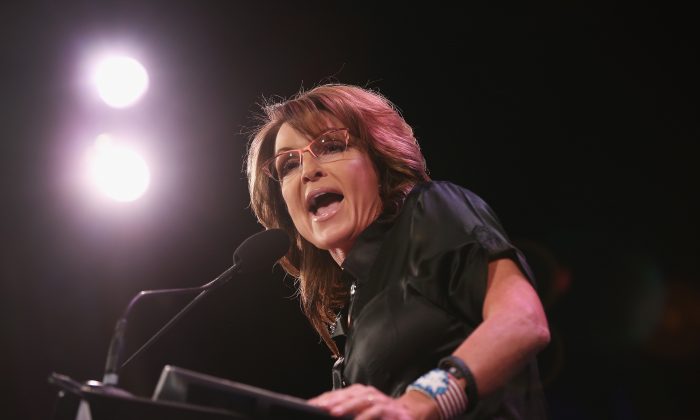 Former Alaska Gov. Sarah Palin, animated as ever, jabbed repeatedly at Hillary Clinton on Saturday, taking the stage at the conservative Freedom Summit in Iowa.

Clinton, possible Democratic presidential frontrunner, has yet to announce her candidacy, but Palin already mustered up a wave of criticism, just hours after she herself confirmed to the Washington Post she was “seriously interested” in running for the presidency.

“Hey Iowa, can anyone stop Hillary?” she said to affirming cheers. “Let’s borrow a phrase: Yes we can!”

Hey Iowa, can anyone stop Hillary? … Yes we can!
— Sarah Palin

Palin argued Clinton would just be a continuation of Obama’s policy without significant change.

“Clinton, rinse, repeat,” Palin jested. “Is Hillary a new Democrat or an old one?”

Palin didn’t just criticize, she touched upon some hints of an agenda of her own.

Number one: Fiscal discipline. She compared the government to a man in a hole, who just “keep[s] digging.” She didn’t go into detail where she would save money, but suggested a flat tax rate, a measure tried in Eastern Europe with mixed results.

She also called for undoing “leftist thinking” among youth.

On immigration, she criticized President Barack Obama for issuing an executive order to protect some millions illegal immigrants from deportation.

Preceding with “all due respect to the office of the presidency,” Palin compared Obama to an “overgrown little boy who’s just acting kind of spoiled.”

While Congress couldn’t pass immigration reform, it was impatient of Obama to sidestep the legislature with the executive order, said Palin.

She also faulted her own party though, warning that ever more Republicans are losing hope for the Grand Old Party and registering as independent.

“They’re looking for principle and patriotism over political party,” she said.

“And America is ready to get stuff done,” Palin added. “I’m ready for Hillary.”