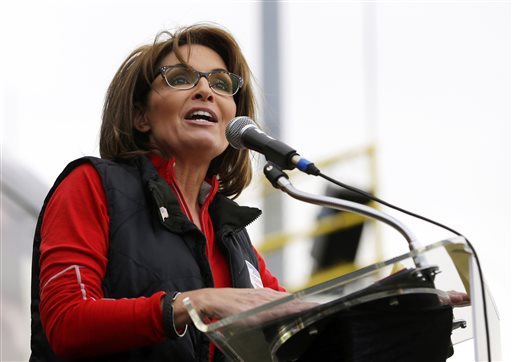 An article saying Sarah Palin claimed that “Jesus fought for the death penalty until the day he died” isn’t real.

The article was published on the Daily Currant, a satire news website.

“Sarah Palin claimed today that Jesus Christ advocated for the death penalty his entire life until his final day on Earth,” the article reads. “In an interview with Fox News this morning, the former Alaskan governor was asked how she reconciles her support for the death penalty with her Christian faith, particularly in light of the recent botched execution of a death row inmate in Oklahoma.”

According to the Daily Currant’s disclaimer, it doesn’t post real news.

It also says, “Our stories are purely fictional. However they are meant to address real-world issues through satire and often refer and link to real events happening in the world.”