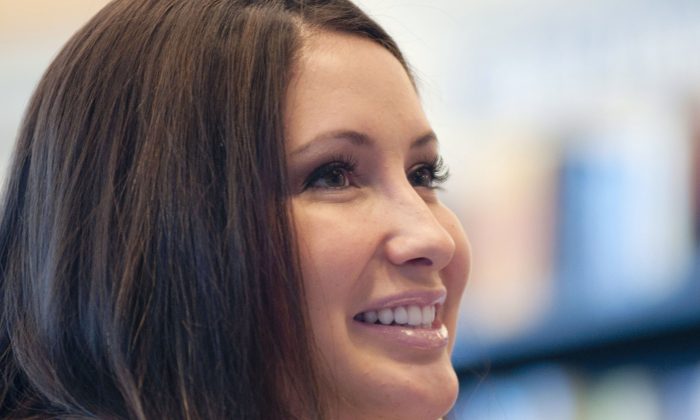 Bristol Palin signs copies of her book Not Afraid Of Life: My Journey So Far" at Barnes & Noble in Phoenix, Arizona Saturday July 9, 2011. (Photo by Laura Segall/ Getty Images)
Politics

Sarah Palin Hasn’t Endorsed Any Candidate Yet, but Here’s Who Bristol Palin Wants Her Mom to Support

Sarah Palin is reportedly planning on endorsing Donald Trump for president in Iowa today, but it hasn’t been confirmed yet.

Ahead of the news, though, the Ted Cruz campaign has criticized Palin, the former governor of Alaska.

“I think it [would] be a blow to Sarah Palin, because Sarah Palin has been a champion for the conservative cause, and if she was going to endorse Donald Trump, sadly, she would be endorsing someone who’s held progressive views all their life on the sanctity of life, on marriage,” and other issues, a Cruz spokesman told CNN.

“After hearing what Cruz is now saying about my mom, in a negative knee-jerk reaction, makes me hope my mom does endorse Trump. Cruz’s flip-flop, turning against my mom who’s done nothing but support and help him when others sure didn’t, shows he’s a typical politician. How rude to that he’s setting up a false narrative about her! ” she wrote in a blog post at Patheos.

“America doesn’t need that. We need someone who has a vision for economic prosperity, who won’t let us get kicked around in the world, and who will fight for our future.”

Palin noted that Cruz once said that he would not be in the U.S. Senate without her mom’s support, and concluded by saying she hopes her mom does endorse Trump.