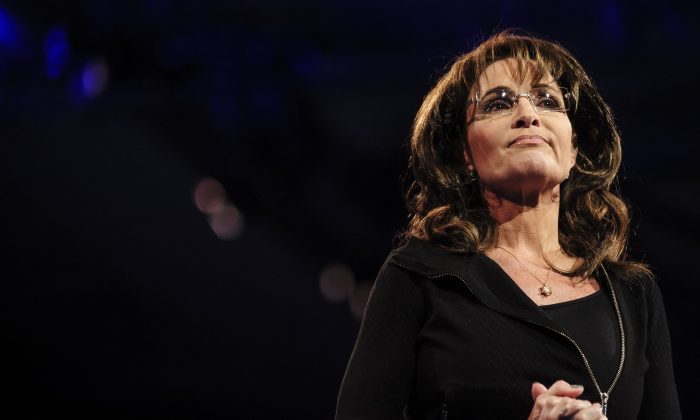 An article that claims ex-Alaska Gov. Sarah Palin said she’s happy that “Mr. Ferguson” was not indicted is satire.

The bunk report, which includes fake quotes from Palin, was posted on the Daily Currant, a satirical site.

According to a disclaimer, the Daily Currant “is an English language online satirical newspaper that covers global politics, business, technology, entertainment, science, health and media. It is accessible from over 190 countries worldwide – now including South Sudan.

The stories posted on the site aren’t real and are “purely fictional,” the disclaimer notes. “However they are meant to address real-world issues through satire and often refer and link to real events happening in the world.”

The Daily Currant frequently uses Palin as the subject of its jokes, usually ending up with her making a bizarre quote about a current event.

Palin hasn’t issued any statements on Ferguson in recent days. She’s mainly been stumping for a candidate in Louisiana and promoting her Sarah Palin Channel.

In real news on Monday, US Attorney General Eric Holder issued a statement about a grand jury not indicting officer Darren Wilson in the shooting of Ferguson teen Michael Brown.