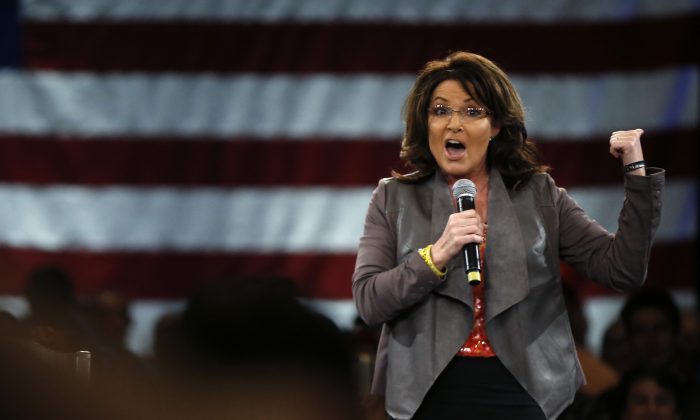 Palin, who publicly backed President-elect Donald Trump’s campaign bid, could serve as secretary of Veterans Affairs. She endorsed him before the Iowa state caucuses.

Her son, Track, served in the Iraq War.

The Department of Veterans Affairs has been criticized for inefficiency and mismanagement—particularly over long wait times at veterans’ hospitals.

While campaigning, Trump repeatedly said he would prioritize taking better care of veterans.

There were reports this month that the former Republican vice presidential candidate could be tapped as head of the Interior Department. But some critics, including lawmakers, have questioned whether she would be up to the task.

“A latest press target is a man who’s been part of a team that just made history,” Palin wrote on Facebook. “Trump campaign CEO, Steve Bannon, is particularly bright on the Leftist media’s radar because they can not handle the fact he’s also from their arena but has been enormously more influential than his peers. ‘How dare one of our own succeed outside our herd,’ is no doubt a favorite whine in DC today.”

The New York Times reported Tuesday that Trump is eyeing U.S. Rep. Cathy McMorris Rodgers to head the Interior Department. She met with the president-elect at a golf club in New Jersey earlier this week.