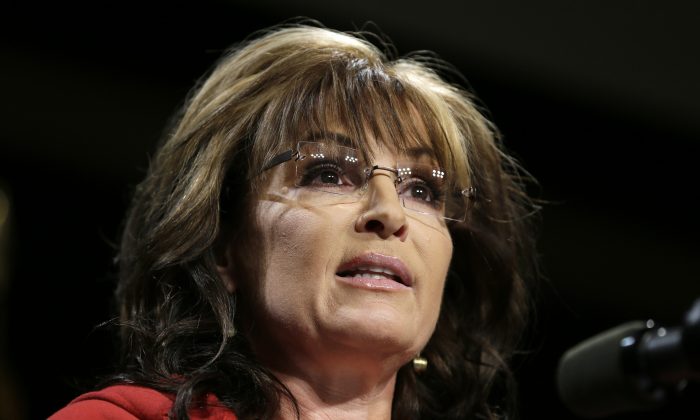 An article saying the Sarah Palin Channel is in hot water over the use of the “N word” is fake.

The bogus article was posted on the National Report, a satire website that focuses on politics.

“Less than five hours after the launch of The Sarah Palin Channel, the fledgling online subscription-based network has landed itself in a major controversy, after a person being interviewed by Palin herself repeatedly referred to President Barack Obama using the highly offensive “N” word,” it says.

The report also includes a link to Media Matters, which goes nowhere.

According to a now-removed disclaimer, the National Report shouldn’t be taken seriously.

“National Report is a news and political satire web publication, which may or may not use real names, often in semi-real or mostly fictitious ways. All news articles contained within National Report are fiction, and presumably fake news. Any resemblance to the truth is purely coincidental . The views expressed by writers on this site are theirs alone and are not reflective of the fine journalistic and editorial integrity of National Report,” it says, according to WafflesatNoon, which saved a copy of it.

The Sarah Palin Channel, which was recently launched costs $99.95 a year or $9.95 per month, according to EW.com. The channel will be available through tablet and smartphone viewing, the report says.

The channel is a news website where Palin says she’ll “talk directly to you” and without having to “please the powers that be.”