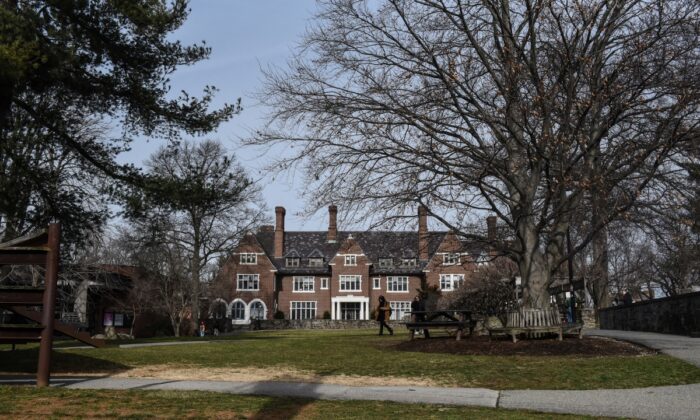 Federal prosecutors trying the accused leader of a sex cult at Sarah Lawrence College have “modeled” part of their case on the successful conviction of R&B star and sex trafficker R. Kelly.

The feds allege Lawrence Ray, 62, forced his one of his victims into sex work and compared the case to the “Sex Me” singer’s after defense attorneys for Ray argued that testimony about coerced sex with strangers should be prohibited.

“The defense implies that the Government’s forced labor theory is unprecedented,” wrote Assistant U.S. Attorney Danielle Sassoon in papers filed in Manhattan Federal Court Friday. “Not so. It is modeled after the forced labor predicates charged in the recent prosecution of Robert Silvester Kelly (”R. Kelly”), who was convicted by a jury on all counts.”

Ray is charged with forcing one of his victims to have sex with strangers for money, while also making other victims provide sexual services to himself and others.

He began his alleged sex cult in 2010 at the prestigious Sarah Lawrence College in Yonkers where tuition is upwards of $57,000. Ray’s daughter was a student there, which gave him access, prosecutors said.

Ray was previously known for being the best man at former NYPD Commissioner Bernie Kerik’s wedding in 1998. But the pair had a public falling out after Ray testified about the former top cop’s link to organized crime through a construction company head. Kerik pleaded guilty in 2006 to misdemeanor charges related to $165,000 in gifts received from a construction company while serving as city correction commissioner, and was jailed three years later after pleading to eight federal felony charges.

Kelly, 55, was charged with forced labor as part of his racketeering sex trafficking trial, for making at least one victim have sex with several other people. The charge also related to Kelly recording homemade sex videos.

Both men being held at Brooklyn’s federal jail, are accused of being the heads of “enterprises” as part of wide-ranging racketeering cases.

Ray forced one victim to make videos of the sex acts she engaged in with strangers, prosecutors claim.

He also made one of his victims try to seduce the doorman at his Upper East Side apartment building, prosecutors said.

The “doorman is expected to briefly testify about an occasion when [the victim] propositioned him for sex and he declined,” the feds wrote.

Ray, set to go on trial on March 9, is accused of targeting his daughter’s college friends and preying on the group of young people between 2010 and 2020 using extortion, sex trafficking, forced labor, money laundering, assault and obstruction of justice to keep them under his influence.

Kelly was charged in a similar racketeering indictment with a decades-long sexual abuse and sex trafficking scheme targeting women and underage girls who attended his sold-out concerts, or met him in malls or even at a McDonald’s in Chicago.

The singer was found guilty at trial on all counts and faces up to life in prison when he is sentenced on May 5.