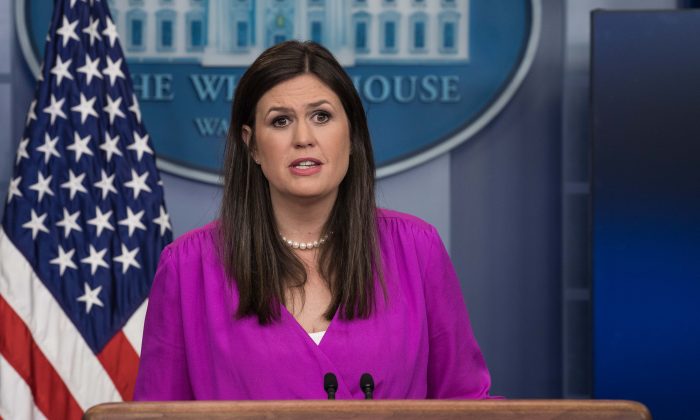 Spicer’s resignation took place after news broke that new White House director of communications, Anthony Scaramucci, was hired. That position had been vacant since Mike Dubke resigned in May.

Sanders is the daughter of former Arkansas Gov. Mike Huckabee, who is also a two-time Republican presidential candidate.

“I always say that when most kids are seven or eight years old out jumping rope, she was sitting at the kitchen table listening to [political commentators] analyze poll results,” Mike Huckabee told Fox News earlier this year, speaking about his daughter. She served as field director for her father’s 2002 reelection campaign, and was the national director for his 2008 presidential bid.

Spicer, meanwhile, will be interviewed by Fox News’ Sean Hannity on Friday night.

After announcing his resignation, Spicer tweeted that he will work under the Trump administration through the month of August.

Fox News reported that Scaramucci met with President Trump at 10 a.m. and was offered the top communications role. Spicer then announced his resignation, apparently objecting to the move.

Chief of Staff Reince Priebus told The Associated Press that he supports Scaramucci “100 percent,” adding that “we go back a long, long way and are very good friends.”