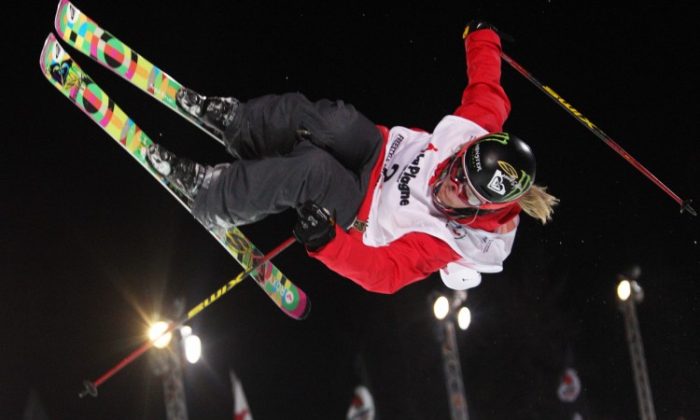 Sarah Burke on the podium in March of 2011. (Jean-Pierre Clatot/AFP/Getty Images)
News

The ski world lost an ambassador of the sport on Thursday with the passing of freeskier Sarah Burke. The four-time X Games gold medalist died of complications from a head injury she sustained during a training run on January 10 at Park City Mountain Resort. She was 29 years old.

Burke suffered a ruptured vertebral artery in her brain after hitting her head in a fall. She was rushed to University of Utah hospital, where she remained in a coma until her passing at 9:22 a.m. on Thursday.

Her family will adhere to Burke’s wishes and donate her organs and tissue, according to Deseret News in Utah.

“What defines Sarah now is what has always defined her,” Canadian Freestyle Ski Association CEO Peter Judge told the Deseret News. “She was always very gregarious, very outgoing and popular with those around her. She is very giving in terms of her time, especially in the sport.”

Burke, the daughter of ski racers, was a pioneer in women’s freeskiing. She competed against men early in her career when there were no women’s events. Burke longed for equality in her beloved sport, sending emails to ESPN and X Games to get women included in their lineup. She was successful and dominated the halfpipe event, winning six gold medals.

Burke also lobbied heavily to have women’s freeskiing added to the 2014 Winter Games in Sochi, Russia. In April, when the IOC announced the addition of her sport, she said it was a dream come true. Unfortunatly she was never able to live her dream of winning a gold medal for her home country of Canada.

Word of her passing spread quickly through the tight-knit freeskiing community and support poured in via social media. Trennon Paynter, the Canadian Ski Halfpipe Team head coach tweeted, “She is in every snowflake, every ray of sunshine, every breeze. More than ever, now and always, I #BelieveInSarah.”

The US Ski team showed their support as well, tweeting, “As athletes we will remember you as a great friend and pioneer who took your sport to new heights.”

The website www.giveforward.com/sarahburke was set up by Michael Spencer and is accepting donations to help raise money for Burke’s medical bills and other related expenses. You can share your support on a Facebook page set up in her honor.