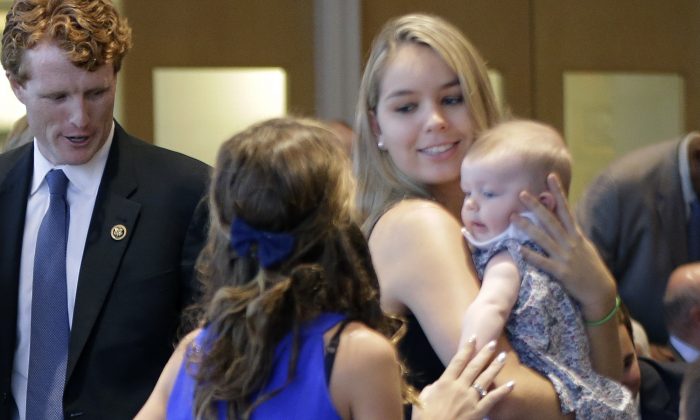 Saoirse Kennedy Hill’s Cause of Death Is Not Known Two Months Later: Reports

The cause of death of Saoirse Kennedy Hill, the granddaughter of Robert F. Kennedy, has not been disclosed two months after she died.

She reportedly died at her family’s Cape Cod compound. An initial autopsy report for Kennedy Hill showed she suffered no immediate signs of trauma to her body.

However, the exact cause and manner of death are still pending following a toxicology report, the Massachusetts Office of the Chief Medical Examiner said, according to the New York Post.

Boston25 News, meanwhile, had reported that the Massachusetts Office of the Chief Medical Examiner had large backlogs that left families waiting for several months and sometimes more than a year to learn the cause of death of family members.

A spokesperson for the office said Kennedy Hill’s death is still “active and open criminal investigation.”

In the death, first responders were sent to the Cape Cod Kennedy compound amid reports of an overdose at around 2:30 p.m., the Post reported.

Her uncle, Robert F. Kennedy Jr., said that she was found dead after a night of celebrating a long college assignment, People reported.

“It was a perfect night and, as was her habit, she documented much of it on social media,” her uncle said.

A friend of her’s at Boston College said that she appeared happy.

“I literally watched her social media stories earlier that day, less than 12 hours before the story broke,” Bill Stone told People magazine. “She seemed happy,” Stone said, adding that  “I knew she had her demons. … I knew she struggled with those for a while.”

In 2016, she wrote an article in her school newspaper about mental health, including depression and a suicide attempt.

“People talk about cancer freely; why is it so difficult to discuss the effects of depression, [bipolar], anxiety, or schizophrenic disorders?” she wrote. “Just because the illness may not be outwardly visible doesn’t mean the person suffering from it isn’t struggling.”

“Let’s come together to make our community more inclusive and comfortable,” she wrote.