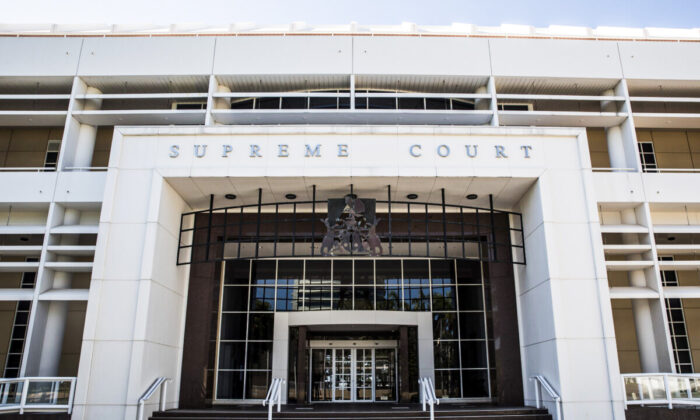 Energy supplier Santos has agreed to pay cattle station owner Rallen Australia $400,000 after failing to update them on the extent of their fracking operation on Rallen’s property in the Northern Territory’s Beetaloo Basin.

The dispute ended in the Northern Territory Supreme Court on Friday, with Santos agreeing to pay legal fees, adhere to a 12-month moratorium on petroleum operations, and reform its stakeholder engagement policies, NT News reported.

This comes after the two major Australian companies appeared in the Supreme Court on Monday, with Rallen accusing Santos of misleading the landowners by not informing them of an expansion of the operation, which may prove environmentally risky.

While the agreement stipulated that Santos had permission to drill nine wells on the Tanumbirini Station near Daly Waters, the gas supplier filed a revision to its environmental management plan (EMP) to accommodate two additional wells but had not properly advised the new landowners, Rallen Australia, NT News reported.

The two wells at the centre of the dispute have already been drilled and are in use.

Santos legal representative Jonathan Horton QC had admitted from the outset that there was inattentiveness to the revised EMP but said the matter was “squarely on the consumer law plane” rather than a regulatory breach, which would result in a more severe penalty.

Rallen senior counsel Marcus Pesman told the court that Santos had an obligation to inform stakeholders of the revised plan, saying that the extent of Santos’s engagement with stakeholders was a one-sentence email.

Horton argued there had been extensive consultation with the previous land managers, one of whom was a station manager who went on to work for Rallen after they purchased the property.

In the Friday hearing, Justice Judith Kelly stressed that in order for the companies to continue working with each other, coming to an understanding was critical.

Under the new agreement, Santos is permitted to flow test the two wells at Tanumbirini, but other petroleum activities have been put on hold until Dec.31, 2022.

Santos said in a statement that they endeavour to improve the way they engage with landholders and look forward to a constructive working relationship with Rallen.

Fracking, short for hydraulic fracturing, is a drilling method for extracting natural gas or oil from underground shale rock formations by injecting liquid at high pressure. Drilling into the rock layer can be conducted vertically or horizontally, the latter enabling the creation of new pathways or extension existing channels.

Supporters of fracking argue that the rapid growth in oil and gas production using fracking has regenerated the energy sector and offers a sustainable pathway for the industry.

However, Protect Country Alliance, an NT advocacy group made up of landholders, communities, and civil society groups, have mounted a campaign against fracking in the Northern Territory, saying the practice could potentially cause substantial environmental damage to the Beetaloo region.

“Fracking for shale and tight gas is an extremely water-intensive practice that also uses a range of dangerous and toxic chemicals,” the Alliance said in a blog post on their website.

“According to one UN report, a single frack operation on a shale gas well will use between 11 and 34 million litres of water, roughly 360—1100 truckloads. Currently, there is no public information about where this water is to come from or the implications of it being removed from ground or surface water systems. The risks to groundwater are especially concerning in the Beetaloo area where the Tindal Aquifer provides water supply to towns, homesteads, agriculture and the cattle industry.”

The Alliance cites analysis from the U.S. studies that argue potentially carcinogenic chemicals may escape while drilling, contaminating nearby groundwater.

However, the U.S. industry attributes the incidents of pollution to bad practice, as opposed to fracking being a risky method.

The Northern Territory government in 2016  placed a moratorium on fracking amid concerns the drilling method could harm the environment. However, the Gunner government in 2018 walked away from the ban after commissioning a study that argued the risks were manageable as long as the government tightly regulated the industry.