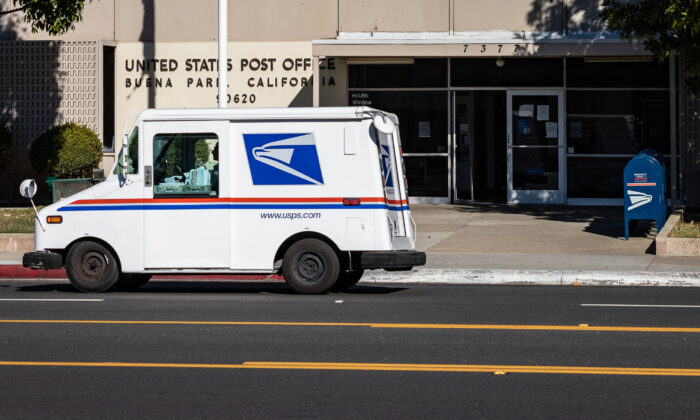 SANTA MONICA, Calif.—Some Santa Monica residents say they fear that their neighborhoods are becoming more prone to crime amid a recent trend of attacks on U.S. Postal Service (USPS) mail carriers and the release of a new study that identifies their city among a list of the least safe cities in the nation.

“I’ve seen a huge shift in the crime [and] in the way that the city is being led, and the way that we are responding to this crisis in Santa Monica,” 20-year resident and teacher Chie Lunn told The Epoch Times.

According to Lunn, her purse was stolen twice in one week in the city.

“It’s tough because we have this small city that is world-renowned, known as a great destination. So to feel unsafe there, to see that there’s crimes that are being committed that are not being handled in the best way, these types of situations are becoming more normal,” she said.

USPS suspended delivery to the 1300 block of 14th Street on April 7, alerting residents that “multiple carriers have been subjected to assaults and threats of assault from an individual who has not been located or apprehended,” according to a postal letter sent out to residents alerting them of the change.

Only one incident of assault was reported to the Santa Monica Police Department. The victim didn’t press charges, and information about the suspect wasn’t immediately released.

“I have never heard of the Postal Service suspending service for all residents in a neighborhood,” Aklufi said.

The U.S. Postal Inspection Service, the law enforcement branch of the USPS, told The Epoch Times in an emailed statement that it’s “aware of the recent reports of suspicious activity towards postal carriers in Santa Monica, California,” but couldn’t comment further because of an ongoing investigation.

It’s unclear when delivery will resume, but the suspension has rattled neighbors who said they feel like their cries haven’t been heard by officials.

“I do not feel safe living here in Santa Monica,” Robyn L. wrote on the Nextdoor app. “I live right at Lincoln and Colorado in one of the newer apartment buildings and we have no security patrolling. … We are always having issues with our mail and packages being stolen, we have had a few apartment break-ins and cars in a gated garage being broken into. Even residents being assaulted within the gated property.”

Another user posted a home security video of a man trespassing in residential carports.

“We are just going to keep complaining here on this app until we are all blue in the face and potentially robbed,” Daye S. posted on April 14.

The city, a tourist destination with an amusement park on its often-photographed pier, is within Los Angeles County. Crime in the county has increased as a whole, according to Los Angeles Sheriff Alex Villanueva.

According to a March report by Safewise, an online home-safety resource for residents, that analyzed violent crime and property data, 54 percent of Californians said they’re highly concerned about violent crime—13 percent higher than the national average.

Over the past two years, homicides in Los Angeles County have increased by 94 percent and grand theft by 59 percent.

For residents like Lunn, the shift in safety can be seen every day. She also said there was a man who was stabbed recently in the school parking lot, also in Santa Monica, where she works.

“People in Santa Monica that I speak with, lots of family and friends are concerned about the direction of safety,” she said.

Lunn said people tell her they don’t even want to take their families to nearby Third Street Promenade anymore, a high-end open-air mall, “because of the randomness of the crimes.”