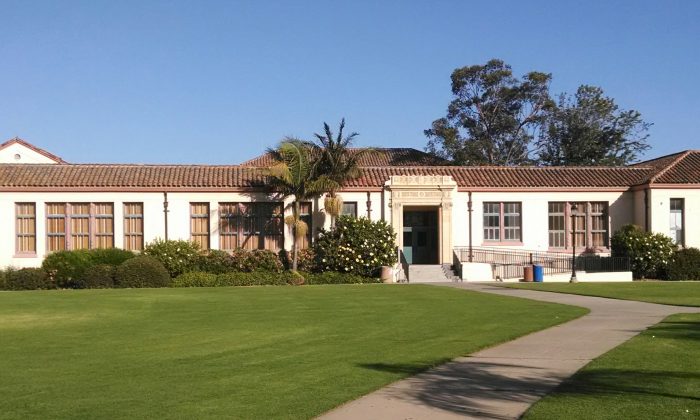 Concerned parents in Santa Barbara, California, are moving forward with a lawsuit in state court against a nonprofit and the local school board over taxpayer-funded “implicit bias” instruction, after a legal hiccup forced their watchdog group to change judicial forums.

According to the parents and other critics, the “implicit bias” training program operating in Santa Barbara, which bears a resemblance to programs active in school districts and colleges across the nation, is pseudoscientific and falsely portrays the United States as a cruel, oppressive, and racist country.

Parents accuse those promoting the program of teaching that white people in the United States routinely oppress non-whites, men oppress women, Christians oppress non-Christians, heterosexuals oppress gays, and the wealthy oppress the poor. The left-wing nonprofit counters that its teachings are legitimate, not racist, and are aimed at closing what it characterizes as an achievement gap between Latino and white students.

Fair Education Santa Barbara (FESB) is the tax-exempt nonprofit organization that is suing the Santa Barbara Unified School District (SBUSD), Cary Matsuoka in his capacity as SBUSD superintendent, and the nonprofit Just Communities Central Coast in the County of Santa Barbara division of the Superior Court of the State of California.

“These radicals are practicing activism and not providing a proper education for our children,” she told The Epoch Times.

“Nonprofits should not be interacting with students, staff, or faculty. It is inappropriate. This is a district that has a $10 million funding shortfall. It is time to stop funding vanity projects that help no one. Our schools in Santa Barbara should be the best for everyone and yet they continue bucketing money for their friends in the left-wing nonprofit community. It’s time to put kids and teachers first.”

SBUSD’s board approved its $176 million budget for 2019–2020 in June, local news site Noozhawk reported. The district projects an operating deficit of $10.4 million.

In Rosenberg’s opinion, the district is wasting money on implicit bias training and research projects unrelated to educating the children, while allowing school facilities to deteriorate. The district also spent $12 million on purchasing an old armory building and $40 million on a new sports stadium while the aging desks and chairs students use are falling apart, she said.

The district doesn’t provide enough support for children with learning differences, especially dyslexia, she said. “The condition of the facilities and literacy—in math and English—should be our number one priority. Literacy is a civil right. All these nonprofits are draining away public resources.”

The Epoch Times reached out to SBUSD’s Matsuoka, but he hadn’t responded as of press time.

Jarrod Schwartz, executive director of Just Communities, was unavailable for comment. His automated email reply indicated he would be on vacation until Aug. 4. At press time, JCCC Associate Director Melissa Patrino hadn’t responded to a request for comment.

FESB brought the lawsuit “to help ensure that the [SBUSD] … provide[s] every student, irrespective of race, ethnicity, culture and sexual orientation, the opportunity to achieve his or her highest ability and potential, including not having to attend classes in a racially, religiously and gender divisive setting,” according to its recently filed state-level legal complaint.

The document described the JCCC as an “anti-Caucasian, anti-Christian organization” that alongside the school district engages in “discriminatory actions and teaching” that “unlawfully discriminate on the basis of race, ethnicity, sex and religion.” The district also has failed “to comply with the required public bidding procedures [in state law] for contracts with third-party service providers such as JCCC.”

“Under the guise of promoting so-called ‘cultural proficiency,’ ‘unconscious bias,’ and ‘inclusivity’ instruction, SBUSD and Matsuoka employ and pay for JCCC—and its band of uncredentialed non-professionals (who purport to act as educators)—to teach district teachers and students with a curriculum which is overtly and intentionally anti-Caucasian, anti-male, and anti-Christian,” the complaint stated.

“Instead of rooting out discrimination, SBUSD, Matsuoka and JCCC actually do just the opposite, teaching teachers and students how best to discriminate in a manner that is acceptable to them and their politically like-minded comrades.”

The complaint stated that JCCC teaches “outrageous nonsense,” stating in its educational materials the following, for example:

“One way of looking at the history of public education in the United States is to see how wealthy people and business shaped the schools to contain and control poor people and turn them into useful workers and consumers. That’s why rich people are willing to support public schools with their tax dollars because they benefit.”

SBUSD has paid JCCC more than $1 million since 2013 alone, and in October 2018 renewed its contract with the group for another year at a cost to the taxpayers of nearly $300,000, the complaint stated. Another contract renewal in May 2019 obligated the district to pay JCCC an extra $258,115.

The legal dispute has been ongoing since December 2018.

A federal lawsuit had been before U.S. District Judge Stephen V. Wilson of the Central District of California. Wilson ruled that Fair Education Santa Barbara hadn’t alleged the facts needed to establish legal standing under federal law, and he gave the group leave to refile the complaint.

On May 16, Wilson accepted FESB’s withdrawal of the lawsuit and denied a motion by JCCC to dismiss the case with prejudice which would have barred FESB from bringing a new lawsuit in the case. Wilson also denied a request from the school district to force FESB to pay its lawyers’ costs.

Los Angeles attorney Eric Early, who is seeking the Republican nomination to challenge one of President Donald Trump’s most vocal antagonists, Democratic U.S. Rep. Adam Schiff, in California’s 28th congressional district in the 2020 election, is representing the parents. He previously said the lawsuit aims to halt what he calls a “creeping, social justice warrior, alt-left takeover of the Santa Barbara Unified School District.”

Radicalism is rampant in education circles in Santa Barbara.

Laura Tanner, a reportedly lesbian feminist studies teacher’s assistant at the University of California, Santa Barbara, was attacked on Twitter in June, after writing on Twitter that “No [man] will ever be a [woman],” using the sex symbols for “man” and “woman,” Campus Reform reported.

Tweets attacked Tanner from the left, urging she be physically assaulted for her views—one read, “Throw a slushie or some [expletive]” at her—and accused her of “transphobia” and “hatred.” A June 13 protest on the school’s campus featured signs denouncing Tanner as a “TERF,” an acronym meaning “trans-exclusionary radical feminist.”