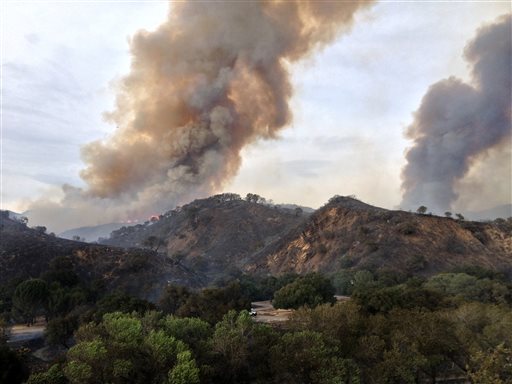 Santa Barbara fire: A fire in California that started in Los Padres National Forest is about 10 percent contained by firefighters; meanwhile, it was spread to 1,800 acres.

The “White Fire” has been burning to the east in the forest, along the Santa Ynez River.

Conditions today are similar to August and September and there has been a warning issued for high winds. “Fuels are at critical levels,” according to the fire department.

The United States Forest Service said the fire is threatening about 100 buildings including 50 houses, according to local broadcaster KTLA. More than 1,000 campers and 4,000 residents were ordered to evacuate before the fire shifted direction and burned toward an unpopulated area.

Two vehicles of the forest service were burned, along with one building.

The fire isn’t considered by fire officials as a threat to residents on the south coast.