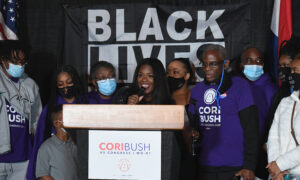 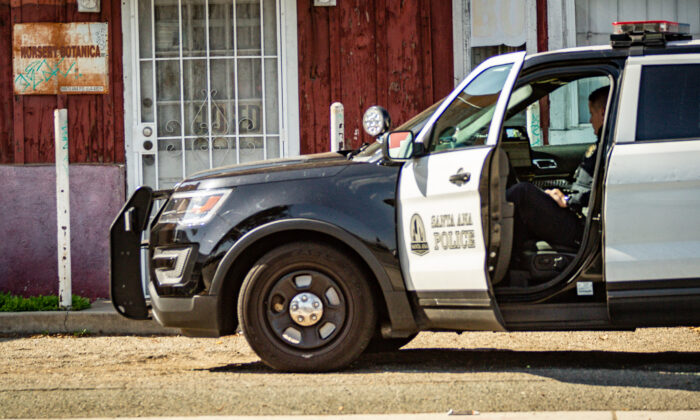 A police officer sits in his vehicle near the scene of a fatal shooting in Santa Ana, Calif., on Feb. 17, 2021. (John Fredricks/The Epoch Times)
Southern California

The Santa Ana City Council will be considering reallocating over $1.1 million from the police department’s budget to instead support youth-based services, de-escalation training, sensitivity training, and more.

If approved, the funding will come from the Santa Ana Police Department’s Metropolitan Division FY 2021-2022 expenditures of $6,697,510 in an effort to lower it to FY 2020-2021’s funding of $5,594,150. The Metropolitan Division consists of the Gang Unit and Major Enforcement Team Unit, which utilize traditional and community oriented strategies to prevent crime.

“At the June 15, 2021 City Council meeting, the Council directed staff to return at a future Council meeting with a plan to transfer $1,103,360 in proposed increased costs to other accounting units in order to keep the Metropolitan Division budget flat at the FY 2020-21 appropriated amount of $5,594,150,” according to the agenda item.

“Councilmembers expressed their support for providing additional capacity to units that support youth community engagement, youth services investment, and investigative units that support vulnerable members of our community,” the agenda read. “In addition, the Councilmembers expressed support for additional de-escalation training, sensitivity training, and the development of a Trauma Informed Care training platform.”

The police department would accomplish this by moving a variety of resources around the department, starting with transferring one police service officer from the Metropolitan Division to the Field Operations Division to assist with furthering youth community engagement efforts, at a cost of $108,840.

Additionally, the plan would transfer one police investigative specialist from the Metropolitan Division to the Criminal Investigations Division to provide additional capacity in the Sex Crimes Unit and focus on crimes that affect “vulnerable members of our community.” This specialist would also work on implementing a “Trauma Informed Care” platform to help those same victims, at a cost of $123,050.

One of the largest transfers at $381,250 includes transferring two metropolitan detectives to the Crimes Against Persons Division, who would provide additional resources to better support victims of violent crime for marginalized groups.

Another $198,000 reallocation would seek to transfer a single detective from metropolitan to the Vice Unit, which would support the unit’s efforts in reducing human trafficking, refocus on crimes affecting marginalized groups, and enforce state and local laws regarding illegal gambling and illegal marijuana dispensary operations.

The plan would also transfer one metropolitan officer to the Training Division, where they would provide added capacity to develop de-escalation training, sensitivity training, and more—equating to $198,000.

The report did not mention how the million dollar reduction in Metropolitan Division funding would affect the city’s control of gangs and other issues. Meanwhile, shootings are reportedly on the rise in Santa Ana this year.

Santa Ana City Councilmembers and the Santa Ana Police Department did not respond to The Epoch Times’ request for comment by press deadline.