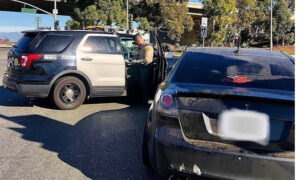 The council in May voted in favor of the ordinance, which would have landed spectators with $1,000 fines and up to six months of jail time if they were caught within 200 feet of street racing activity. Residents would have been given a written warning for the first offense.

Proponents of the ordinance said that a high number of spectators watching the events encourages street racers to plan and attend the gatherings. The idea was that by reducing the number of people watching, racers would be less likely to show up.

While the ordinance was voted in once, it required a second reading before officially becoming law in the city. The council was set to finalize the ordinance during its June 1 meeting.

When the agenda item arose for a second reading, Councilman Phil Bacerra said he had a problem with how police would determine whether a person had already received a written warning in previous races.

“I supported the first round of this ordinance going through the process because I genuinely believe that if you are participating in this activity, or trying to enable it, there should be consequences,” Bacerra said. “But how can the city demonstrate that a written warning was issued? Does the city or our PD actually track the issuance of written warnings?”

Santa Ana Police Chief David Valentin told the council it would be quite difficult to track that information.

“We don’t currently have a tracking system in place,” he said during the June 1 meeting. “The other jurisdictions that have a similar municipal code section on the books do not require a warning. From a practical standpoint, it would be very difficult to track that aspect of it as it’s written currently.”

The chief’s comments prompted Bacerra to pull back his support of the proposed ordinance.

“The purpose of this ordinance was not to give our [police department] more busy work and more hoops to have to jump through to enforce what should be common sense,” he said.

“I don’t believe that our officers are going to come through a scene of a street racing incident and just apprehend everybody within sight. … In reading this section, I can’t support this language as is.”

Bacerra then proposed an amendment to remove the section that requires officers to give spectators a written warning, though it failed in a 4–3 vote.

The council then held a vote on the second reading of the original ordinance, which failed to pass without Bacerra’s vote.

Mayor Vicente Sarmiento said that while he understood the intention of the proposed ordinance, it focused on the wrong people.

“It’s kind of misdirected, because it goes after people who aren’t really organizing or participating in it,” Sarmiento told the council.

“There could be some unintended consequences as a result of this. You have a big street event, and there’s hundreds of people, who do you select of that crowd? I mean, you don’t think that personal biases are going to come into effect, profiling will come into effect? So I’m worried because we’re putting our police officers in a really difficult position to select who is the most involved spectator.”