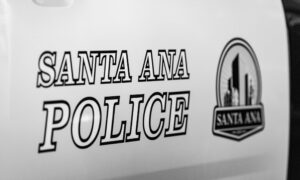 Santa Ana is on track to pass a rent control ordinance that will restrict landlords from raising their rent more than 3 percent annually.

The 4–3 vote in the midnight hours of Sept. 21–22 wasn’t enough to pass the urgency ordinance—which would have taken effect prior to the end of the state’s eviction moratorium on Sept. 30—as more than a simple council majority would have been needed to pass it on the first reading.

However, the vote does push the measure forward to the second reading, which will need a majority vote to pass at the council’s next meeting.

Councilmembers Nelida Mendoza, Phil Bacerra, and David Penaloza voted against the ordinance, questioning the plan for funding the ordinance, its effectiveness in preventing evictions, and the negative impact it would have on small landlords.

“The proposed rent control ordinance does not protect residents from being evicted,” Mendoza said during the meeting.

“The sense of urgency does not exist, and for us to be open and transparent to the constituents who elected us to this position, it is recommended that the matter be sent out with instructions for further analyzing and comparison with other cities where there is rent control. What were the benefits? What were the consequences? We need to see long-term studies; we cannot vote on something tonight when we don’t have that information.”

Bacerra criticized the council’s decision to discuss the ordinance after many viewers had already gone to bed.

“The five hours of public commenters … half of them are asleep by now,” he said. “None of them heard all these 10 changes that we added to these ordinances. So how is that transparent?”

Councilmembers Johnathan Ryan Hernandez, Jessie Lopez, Thai Viet Phan, and Mayor Vicente Sarmiento voiced in favor of the ordinance, arguing that it would protect renters, especially those of low income.

“According to the 2019 U.S. Census, Santa Ana has the highest percentage of residents living in poverty compared to the rest of Orange County,” Hernandez said.

“So almost 59 percent of our renters in our city are rent-burdened, meaning they spend more than 30 percent of their income on rent. So when you have a single mom that’s making $24,000 a year … and her rent is $2132, what quality of life is that? You wonder why so many kids are joining neighborhoods and doing drugs and dying before they ever have the chance to live.”

Santa Ana City Council, set to meet again on Oct. 5, signified that the ordinance would come back for discussion at another meeting, needing only a majority vote to pass. If approved, rather than being effective immediately, it would be implemented 30 days after the official vote.