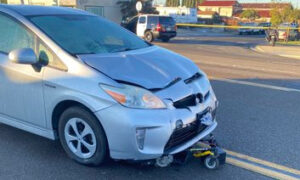 Homicide detectives are investigating the death of a man fatally shot in Santa Ana.

The Santa Ana Police Department (SAPD) discovered the victim Jan. 10 at 5:43 a.m. He suffered gunshot wounds to his upper torso, and was found at the 800 south block of Townsend Street.

Orange County Fire Authority employees pronounced the man dead, and the SAPD was called upon to assume the investigation.