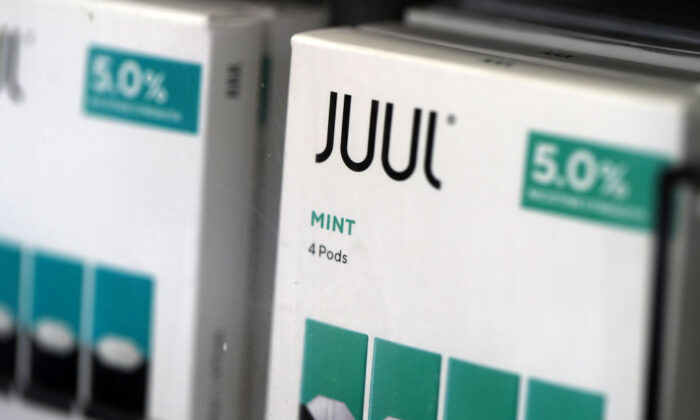 SANTA ANA, Calif.—The ban on the sale of flavored tobacco products in Santa Ana is finalized and is expected to go into effect next month, after the City Council voted unanimously for the ban on March 15.

The council’s decision followed a series of discussions regarding the ban of the flavored products that tend to fall into the hands of youth.

“We’re here to protect the public and we need to ensure … that we enforce this ordinance sooner rather than later,” Councilwoman Nelida Mendoza said during the council meeting.

The seven city council members contemplated the issue of many small business owners in the area having to dispose of their supplies if they do not sell them before the enforcement date on April 14.

Councilwoman Thai Viet Phan argued that April 14 is not enough time for business owners to sell off their flavored tobacco products.

She further proposed the council grant a six-month period to allow retailers to sell bulk products outside of the city to other retailers.

Mendoza urged the council to move forward and vote on a ban but suggested a three-month period for businesses to rid of their products rather than six.

However, Councilman Phil Bacerra argued against the proposed change to the ordinance stating the council would be taking a step backward from its original agreement to move forward with the ban.

“Either we’re gonna ban it or we’re not,” he said. “This council voted to ban it and now we’re backpedaling. It’s very disappointing.”

Meanwhile, Mayor Vicente Sarmiento further argued that retailers had enough time to consider selling out the rest of their stock since conversations of a potential ban circulated among the council at the end of 2021.

“There’s been a sufficient notice,” Sarmiento said. “I feel comfortable that there has been sufficient time … as a good businessperson, you navigate these changes.”

The ordinance will enforce weekly business compliance checks to ensure that flavored tobacco products are not being sold. Businesses that continue to sell the illicit products past the enforcement date are at risk of losing their retail licenses.