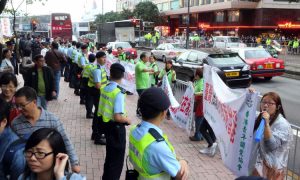 A Group in Hong Kong Appears as Front for Beijing
0 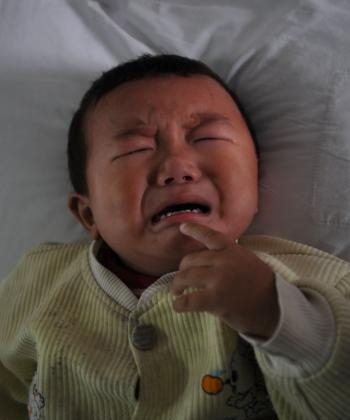 Contaminated Milk Victims Could Reach Over 30,000

As many as 30,000 infants in China could be affected after drinking tainted milk powder that has reportedly killed two infants and caused kidney stones in 1,253 more.

A public recall from dairy company Sanlu Group was initiated on September 10, although the company knew about the tainted milk from as far back as August 2, and possibly March.

Based on Sanlu's announcement, approximately 700 tons of contaminated milk powder was on the market at the time of the recall.

This amount, based on a six-month circulation since March, would affect at least 38,000 infants if each infant consumed around 3kg of powder per month.

The outbreak has been reported in more than 20 provinces and cities across China.

Mr. Li has been feeding his baby Sanlu milk since January.

“I was choosing carefully and picked the oldest brand in China, Sanlu Group. How come it is like this now? Why did they put chemicals in the milk?” Mr Li asked.

His eight-and-half-month baby is being treated for kidney stones in Xinyi, Jiansu Province.

“There are hundreds of cases in our town, but less than one percent have been reported,” he added.

Most victims describe a similar pattern of symptoms—babies having bloody urine, difficulty and pain upon going to the toilet.

Another man, Mr. Mao from Huaian, Jiangsu Province, has a one-year-old son who started consuming Sanlu’s milk in March this year. Several months later, the child had difficulty urinating and was also diagnosed with kidney stones.

“Less than a month after taking the contaminated milk, there were some symptoms; the child … cried in pain. After re-examination in the hospital, the stones in kidneys had already fallen to the bladder.”

Mr Mao, like most families in China, has a single child due to the decade-long one child policy. The contamination scare has made many very worried, he said.

Parents of Victims Have No Place to Appeal

Chinese authorities say they have deployed expert groups to the affected areas to facilitate the treatment.

Thousands of parents have lodged complaints and are seeking hospital treatments for their babies across China. Many are angry that Sanlu and the regime have offered little explanation or compensation.

“There is nothing we can do. We asked the local department of health services and were told that they did not receive any documents. Didn’t the authority say the treatment would be free? The hospital told us there was no such thing,” says Mr Li.

“The hospital is unwilling to do it. We are made to wait in anxiety. What can we do? What can an ordinary person do?” says another man.

Mr. Mao said, “I contacted the Sanlu Group this morning and they wrote down my information. The Sanlu staff told me that they would call me, but they have not contacted me yet. We are waiting for an answer about Sanlu’s compensation but haven’t received a response.”

A resident of Hanyin County, Shanxi Province describes scenes of hundreds lining up in hospitals to seek medical treatment for their babies.

Mr Lu Jun, who is in charge of the Beijing public welfare and human rights Website, said it was difficult to claim compensation.

“Many victims have no proof. That is, they did not ask for receipts of purchases of tainted milk. Also, there were stores selling the tainted powdered milk which have closed down or moved. The parents have difficulty getting evidence.”

The official recall of Sanlu milk came on September 10, but customer complaints surfaced as early as March.

Sanlu Group chairman of the board Tian Wenhua indicated, when interviewed by media, that an investigation was launched in July and the situation was reported to the upper administration.

However, Hebei Provincial Deputy Governor Yang Chongyong said that the provincial government received the inquiry report only on September 8. On September 10, the Sanlu Group admitted that the powdered milk was contaminated with melamine.

A Chinese web forum is displaying a document that is allegedly an internal document from the Sanlu Group asking Baidu—China’s own Google-type search engine—to remove any negative news about the group. The document also reveals that at that time Sanlu planned a three million RMB ($US400,000) advertising campaign on Baidu. Baidu confirmed that Sanlu sent the request, but indicated they refused to comply.