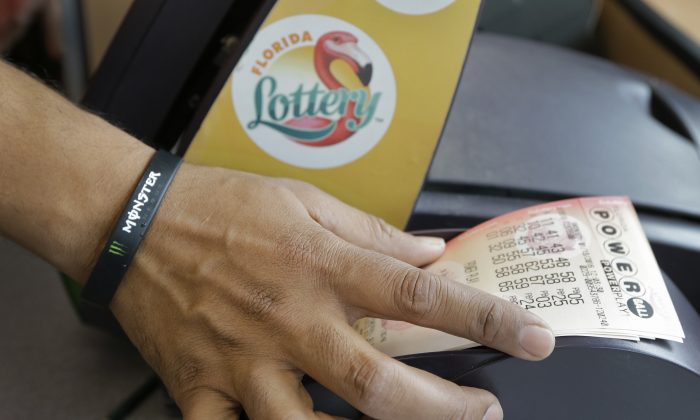 A Florida teenager decided to try the lottery for the first time ever when he heard about the huge Powerball prize.

And he scored big, getting a $2 million prize from Wednesday’s drawing.

“When I heard about the billion dollar Powerball jackpot, I decided to try my luck and buy a ticket,” 19-year-old Frederick Walker told Florida Lottery.

“I got to the store, and there was already a completed play slip at the playstation.”

Walker wasn’t familiar with lottery games so he took the slip to the counter and purchased his ticket.

“How lucky that the first time I played, I won!” Walker’s picture hasn’t been released.

He bought the ticket at Sav-A-Ton, located at 199 North Country Club Road in Lake Mary.

The ticket matched all five of the white ball numbers but not the Powerball. Walker added Power Play to his ticket for $1, which doubled his prize from $1 million to $2 million.

Ten other people also matched the white ball numbers but not the Powerball and earned $1 million each. One of these persons earned $2 million as well.

There was a grand prize ticket winner in Florida, who will share the $1.5 billion jackpot with winners from California and Tennessee.