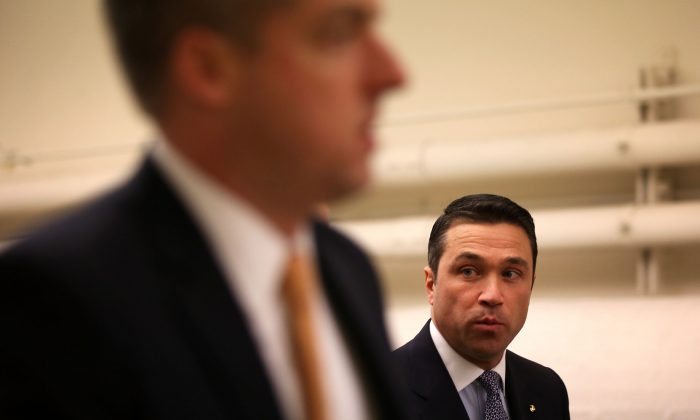 Rep. Grimm leading charge to get more funds under NYC Build it Back
By Genevieve Belmaker

Under the federal policy, those eligible for Community Development Block Grant (CDBG) funds must be first assessed to see what they are eligible for. That includes cash, insurance payouts, grants, and Small Business Association (SBA) loans. Private loans are exempt from the calculation for CDBG recipients.

New York City just got the first $1.77 billion disbursement of a CDBG funding package and launched the Build it Back program on June 4 for disbursement of $648 million for repairs, rebuilding, reimbursement, and acquisition costs.

As of June 10, about 6,600 New Yorkers had applied for Build it Back benefits, according to CAS Holloway, Deputy Mayor for Operations.

Congressman Grimm thinks the policy is a losing approach for homeowners.

A petition put out for signatures by Grimm in conjunction with the Staten Island Alliance on June 10 states simply that Staten Island residents “demand that the Obama Administration ELIMINATE their policy which forces Superstorm Sandy victims who qualify for SBA Disaster loans to take them before they can qualify for any additional assistance.”

The petition goes on to say that the policy isn’t fair because it puts Sandy victims in the position of taking on loan debt.

“There are a lot of hardworking people on Staten Island being hurt by this,” said Carol Danke, Communications Director for Rep. Grimm, who emphasized that the policy is federal issue, and any decision to change it would not come at a New York City level. Danke added that HUD has gotten the request to amend the rule, and is “mulling it over.”

Rep. Grimm, who staged a community event about the loans on Staten Island on June 10, has promised to deliver the petition to President Obama.