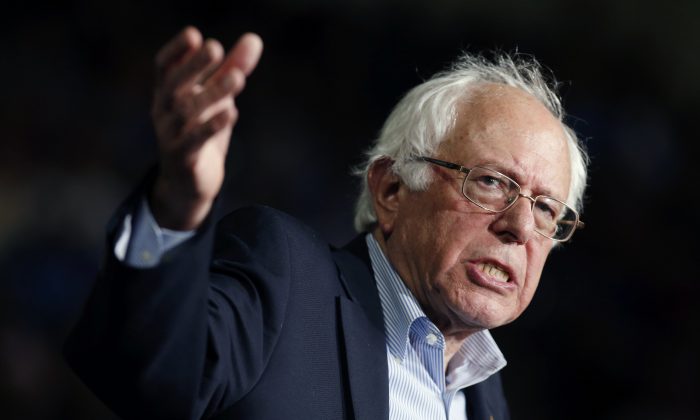 WASHINGTON—Vermont Sen. Bernie Sanders is rolling out a plan to slow down the impact of climate change, vowing to cut U.S. carbon emissions by 40 percent by 2030.

The Democratic presidential candidate said in a proposal released Monday that he would seek to impose a tax on carbon dioxide pollution, long a non-starter with majority Republicans in Congress, and aim to slash carbon pollution in the U.S. by 80 percent by 2050 compared to levels in 1990. The proposal, he said, would put “people before the profits of polluters.”

Sanders has made efforts to reduce global warming a cornerstone of his presidential campaign and his 16-page proposal, released as negotiators meet at the U.N. climate conference in Paris, provides the first extensive details on how he would seek to address it.

Democrats view climate change as part of a winning formula against Republicans in the 2016 elections and Sanders’ primary opponents, former Secretary of State Hillary Clinton and former Maryland Gov. Martin O’Malley, have offered wide-ranging environmental plans. Many Republican candidates have been dismissive of global warming despite public support for efforts to combat it.

Sanders’ plan sets goals of creating a 100 percent clean energy system sustained by wind and solar power but does not specify a timetable for doing so. It estimated the clean energy sector would create 10 million jobs and his plan would also seek to protect low-income and minority communities which have been adversely affected by massive storms like Hurricane Katrina.

It would seek to repeal billions in tax subsidies to oil, gas and other fossil fuel producers, which President Barack Obama has unsuccessfully sought throughout his presidency.

Annie Leonard, executive director of Greenpeace USA, said in a statement provided by the campaign that Sanders’ plan showed he “has broken free of the corporate and 1 percent money that has held back climate policy for far too long.”