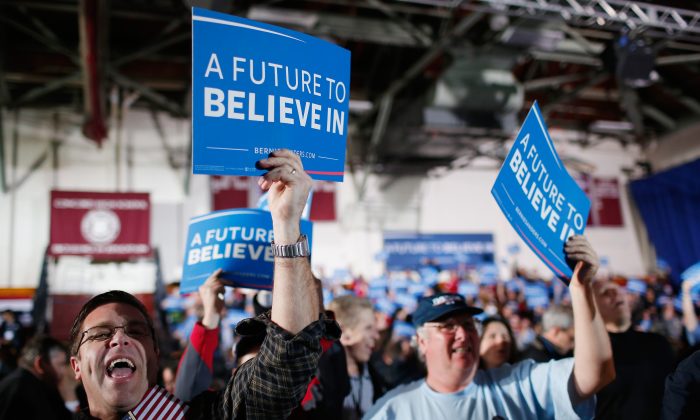 Here is what they actually want, but will never get with a repressive system

Many conservatives, libertarians, and Republicans are flabbergasted, disgusted, or dismayed at the apparent current popularity of socialism.

A recent Gallup poll reported that socialism is viewed favorably by 51 percent of Americans between the ages of 18 and 29, and 57 percent of Democrats favor socialism over capitalism.

What explains the seeming repudiation of the free market system that has richly blessed this country in favor of a doctrine that is so demonstratively destructive?

There are several reasons:

A) professional malfeasance in the American educational system;

C) wishful thinking that a U.S. version of socialism can work because those calling for it have good intentions.

Some apologists for socialism maintain that real socialism hasn’t been tried. They want socialism as they imagine it would be. They don’t understand that socialism in practice inevitably leads to suffocating bureaucracies, political dictatorships, and the economic impoverishment that inevitably ensues when the free market price system is abolished.

I don’t think that’s what Americans who have a favorable view of socialism really want. Instead, they want at least one of the four following objectives:

For some, socialism promises something for nothing, whereby the government is like a real-life Santa Claus. The essence of progressive doctrine is that it’s the federal government’s responsibility to give financial assistance to citizens, even though the Constitution doesn’t confer such a power.

The impulse for free stuff is readily understood. It’s human nature to obtain whatever we want for the lowest possible price. Thus, millions of people vote for politicians, such as former President Barack Obama, who constantly promise more spending for more handouts to more people.

Alas, those who embrace an infantile dependency on paternalistic government generally are oblivious to the inconvenient fact that Obama’s “caring” policies were neither fair nor compassionate in their actual effects. Under Obama, the top 1 percent did great while the middle and lower classes suffered eight dreary years of economic stagnation. These voters tend to despise President Donald Trump, even though his policies have restored prosperity and optimism to millions of Americans who had been left behind under Obama.

Many will remain seduced by the catnip of free goodies. They have the mindset that the late Glenn Frey captured so aptly in his rocking-est solo hit “Smuggler’s Blues”: “It’s the lure of easy money, it’s got a very strong appeal.”

Those in the thrall of the utopian ideology of economic equality want “the rich” to pay for the freebies that government doles out. They may want “real socialism,” but they most definitely want to redistribute other people’s property. The 19th-century economist Frederic Bastiat referred to government redistribution of wealth as “legal plunder.”

In a more contemporary vernacular, the pro-socialists want a license to steal. In the sacred name of justice, the egalitarians commit the injustice of discriminating against innocent individuals who have lawfully attained prosperity. Mutilating the concept of “rights,” they say that government’s favored constituencies have a greater right to property than its owners (or that owners of property are greedy for wanting to keep it, but others aren’t greedy for wanting what doesn’t belong to them).

How strange. Why is it theft when a poor person takes money directly from a rich person, but social justice when the government does it for them?

Many pro-socialists want to help the poor or others in need. They are free to do so, either individually or through voluntary associations with others. Instead, they favor massive government programs based on compulsion. That violates the spirit and the letter of the 13th Amendment, which renders “involuntary servitude” as illegal.

People in this category suffer from “the liberal temptation”—the desire to help others as long as somebody else pays for it. This is ersatz charity. Genuine charity is exemplified by the Good Samaritan, who ministered to one in need using his own money, not by forcing someone else to pick up the tab.

Government transfer programs are notoriously inefficient and wasteful. Many, such as the slew of programs launched to fight President Lyndon Johnson’s War on Poverty, have had the counterproductive result of breeding dependence and idleness, while causing the previous downward-trending poverty line to essentially flatline during the half-century since the War on Poverty programs went into effect.

The people in this fourth category are the least numerous, but the most dangerous. They are the type of people about whom F.A. Hayek warned us in Chapter 10 of “The Road to Serfdom: Why the Worst Get on Top.”

In one of life’s ironies, the very people most likely to abuse power are those who most desperately crave power. Some individuals have a psychological craving to rule over others—either directly or as advisers.

But Socialism Generates a Political Elite

Because socialism creates a political elite that wields immense power, people who crave power are drawn to it as moths are drawn to light. These power-hungry individuals comprise the dangerous minority that actually wants real socialism.

Many of those willing to give socialism a try make a critical error: They assume that those leaders they seek to entrust tremendous powers will use those powers to do what their supporters hope and assume they will do. It never turns out that way in practice, both because there is never enough wealth to satisfy the wants of everyone who expects to be helped, and because the alpha personalities who rise to the top have their own private agendas.

Socialism has become a convenient shorthand term for the four goals discussed; two of those goals are nakedly self-serving.

The other two masquerade as noble, but, upon deeper inspection, turn out to employ ignoble means in the name of noble-sounding ideals. This is what “socialism” means in America today. It’s still a lousy idea.

Mark Hendrickson is an adjunct professor of economics at Grove City College. He is the author of several books, including “The Big Picture: The Science, Politics, and Economics of Climate Change.”