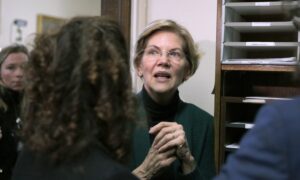 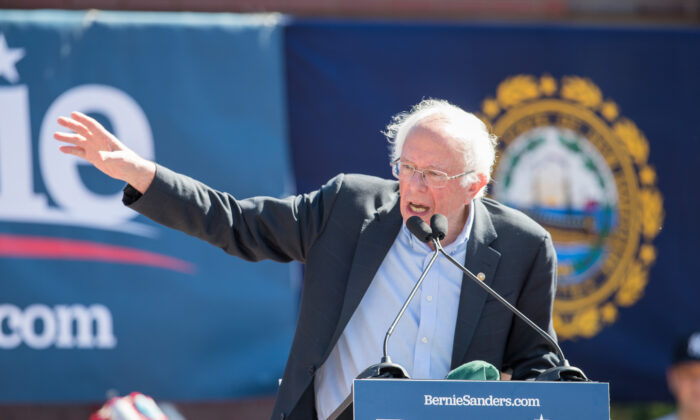 Sanders Says Tax Increases on Lower, Middle Classes Would Pay for Medicare for All Plan

Sen. Bernie Sanders (I-Vt.) said he’d raise taxes on nearly all Americans to pay for his socialist Medicare for All plan, proposing a specific tax for the first time.

Sanders, 78, told an audience this week that he would levy a 4 percent income tax on those making more than $29,000 a year.

“If we eliminate premiums and co-payments and out-of-pocket expenses, how do we pay for it?” he said about the Medicare for All proposal, which is estimated to cost at least $31 trillion and be “impossible” to pay for with only taxes on the rich.

“We pay for it like every other major country. We do it out of the general tax base in a progressive way, and one of the cornerstones of what we are talking about, just to give you a very specific example, is to say … what you will pay is 4 percent on your income,” he told a crowd in New Hampshire.

While Sanders has said before that taxes will increase for the middle class to pay for Medicare for All, he hadn’t gone into specifics.

He claimed on Nov. 24 that the overall costs for health care will go down under Medicare for All. Sanders also said he’d lift the cap on taxable income to help pay for social security, that he wants the federal minimum wage increased to $15 an hour, and equal pay for women.

LendingTree chief economist Tendayi Kapfidze said he wasn’t clear about the totality of the tax plan.

“The current standard deduction is $12,400 for 2020. So if they take it to $29,000, that means a lot more people will not be paying any taxes at all, which might help the economy. The challenge, of course, is that anybody above that ends up paying much more, and that could be a drag on the economy,” Kapfidze said during an appearance on Fox Business.

Kristin Tate, author of “How Do I Tax Thee,” agrees with part of Sanders’s proposal.

“Everyone should pay a little bit in taxes, including low-income people. Part of the problem right now is that nearly half of Americans pay zero in federal income taxes, so they don’t care if our federal government spends money like drunken sailors,” she said.

“If you add more people into the tax-paying population, they will take more interest in how the government is spending our money.”