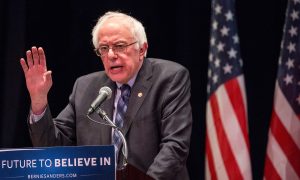 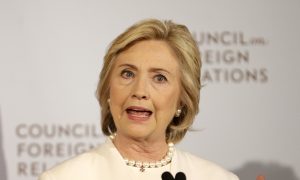 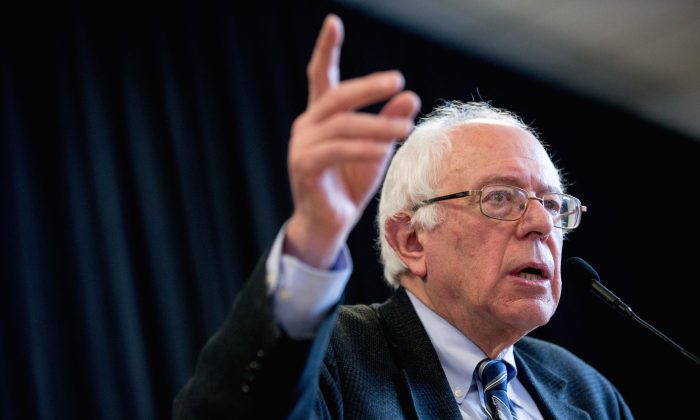 CHARLESTON, S.C.—On the eve of the next Democratic debate, Vermont Sen. Bernie Sanders announced his support for legislation that would reverse a 2005 law granting gun manufacturers legal immunity that he once supported.

Sanders’ changed position came in a statement issued after days of attacks from rival Hillary Clinton, who had attempted to use his previous vote to undercut his liberal image.

The two candidates, along with former Maryland Gov. Martin O’Malley, will meet Sunday for the last debate before voting begins in the Iowa caucuses—a match-up that’s expected to be far more contentious than their previous three forums.

The debate was scheduled to take place just blocks from the Emanuel African Methodist Episcopal Church, where nine parishioners were killed in a mass shooting last summer. Gun control has emerged as a central theme in the race, with Clinton citing it as one of the major differences between the candidates.

The former secretary of state is fighting to regain her lead in the race, with polls show Sanders gaining traction in Iowa and New Hampshire. South Carolina, fourth in line with its primary contest, is seen as a possible firewall for the Clinton campaign because of its strength among minority voters, who make up a sizable portion of the electorate in the state.

“No one knows who the hell Bernie Sanders is,” said New York Rep. Charlie Rangel, an African-American Clinton backer who attended a dinner Saturday night for South Carolina Democrats.

Clinton and Sanders addressed the gathering, their speeches largely focused on wooing African-American voters. Clinton offered a forceful endorsement of President Barack Obama, casting herself as his natural heir.

“We need a president—a Democratic president—to succeed President Obama who has what it takes to get the job done,” she said. She added: “Instead of insulting our president, we should be thanking him.”

Sanders, meanwhile, focused on his involvement in the civil rights movement, criminal justice proposals and a call for greater gun control.

“What we must do is bring this country together around those provisions that the vast majority of people support,” he said. “Almost everybody in America understands that we have got to keep guns out of the hands of people who should not have them.”

Sanders’ support for the new legislation included an amendment that would require the federal government to monitor and report on the law’s impact in rural areas to ensure it would not “negatively impact small gun stores in rural America that serve the hunting community.” In the past, he’s linked his support for the 2005 bill to his home state of Vermont, arguing that even though he does not personally own firearms, he did not want to hurt small stores in his state.

Campaign aides said the decision was not a flip-flop, arguing that Sanders backed the 2005 law in part because of provisions that require child safety locks on guns and ban armor-piercing ammunition.

“Those were important provisions that I did support,” Sanders said in a statement.

The Clinton campaign cast the support as a reversal, with chairman John Podesta calling it a “debate-eve conversion” on Twitter. Her campaign has attempted to make the vote a major issue in the race, along with Sanders’ proposal for a single-payer health care system, which Clinton has attacked as unrealistic.

Sanders’ campaign has moved quickly to fundraise off the attacks, including a reported call on Saturday from a top Clinton outside ally for the 74-year-old senator to release his health records. An email solicitation from Sanders campaign manager Jeff Weaver called the request “one of the most desperate and vile attacks imaginable,” saying it insinuates that Sanders is “too old and unhealthy” to be president. The campaign plans to release a doctor’s note before the Iowa caucuses, according to an aide.

The Sanders campaign had raised more than $3 million since Tuesday, when Clinton ratcheted up her health care critique.

Clinton dispatched a fleet of top surrogates to early voting states, including former Obama Cabinet officials, mayors, party leaders and her family, former President Bill Clinton and their daughter, Chelsea. They appeared together at a Des Moines high school Saturday night before at least 500 people, encouraging people to caucus.

During a 20-minute speech, Bill Clinton did not directly mention Sanders, but he asked attendees to sign cards promising to caucus for his wife and to volunteer for her campaign.

“She can’t be president if you don’t nominate her. And if you do nominate her, I don’t think they can stop her from becoming president,” Bill Clinton said.