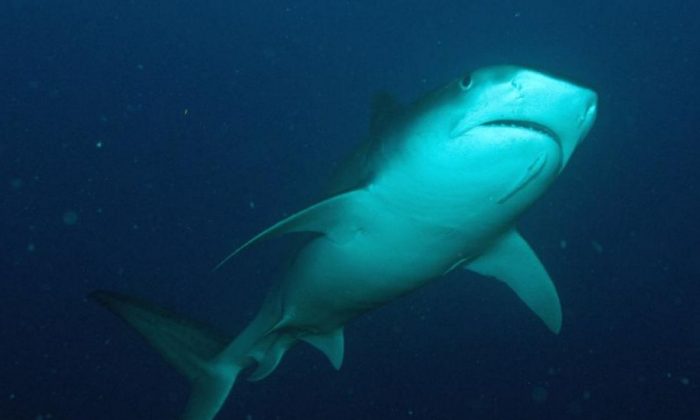 Sand tiger sharks are actually born in the South around the Carolinas, but migrate north to nursery sites during their maturing years, which is why they were spotted in New York. Composition wise, Sand tiger sharks possess ferocious teeth and an imposing appearance, but are surprisingly docile. Adult sharks can grow to over 10 feet in length, while juvenile sharks range in size from 9 inches to 4 feet.

As to why the New York location has become a hotspot, Jon Dohlin, vice president and director of the aquarium, told LiveScience, “The nursery is so close to shore waters that the heavy traffic could be keeping away the shark’s predators.”

“This habitat must provide food sources as well as protection from their predators,” Dohlin added.

And that may all that is needed for Sharks to continue to come to this spot. Sharks are generally to stay at the nursery for 3 or 4 years until they are a certain size, after which they will continue their migratory lifestyle.

Dohlin and his team are not disclosing the exact location of the location due to the fact that the species is endangered, and doing so may attract commercialism.

“This is a protected spot,” Dohlin told LiveScience. “We’re trying to be very careful about [the] specificity of what we say about where this area is.”

Evidence of the nursery dates back to as early as 2011, when a scientist received a photo of a dead sand tiger shark. Later, it was discovered through anecdotal evidence that people had been catching small sharks in the bay for years.