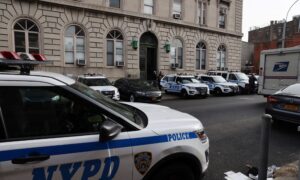 WASHINGTON—Six so-called sanctuary states filed a joint lawsuit against the Justice Department on July 18, saying they are being coerced into compliance with immigration laws.

At issue are the federal funds awarded through the Edward Byrne Memorial Justice Assistance Grant program, which the Justice Department oversees.

The Justice Department sent a letter to all recipients of the funds in July 2017, saying they could be cut off if they do not comply with federal law, allow federal immigration access to detention facilities, and notify federal immigration authorities before releasing an illegal alien.