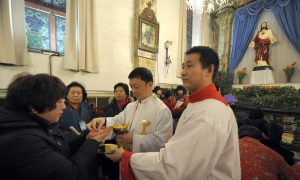 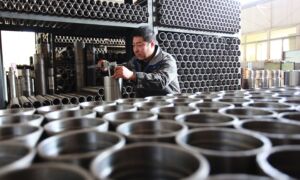 For Want of a Washer, an Economy Was Lost
0 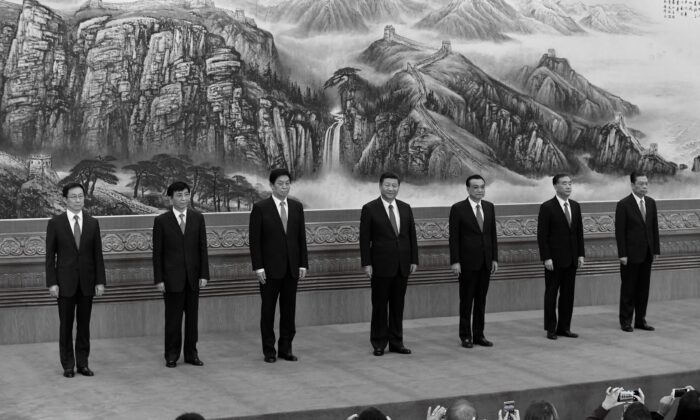 Sanction the Leaders of the Chinese Communist Party—Then Work Downwards

On July 16, William Barr gave the speech I have been waiting 25 years to hear.

The U.S. attorney general flatly declared that the Chinese Communist Party (CCP) seeks “to overthrow the rules-based international system and to make the world safe for dictatorship. How the United States responds to this challenge will … determine whether the United States and its liberal democratic allies will continue to shape their own destiny or whether the CCP and its autocratic tributaries will control the future.”

Using some of the toughest language ever used by any U.S. official, Barr described the People’s Republic of China’s attack on the United States as “an economic blitzkrieg—an aggressive, orchestrated, whole-of-government … campaign to seize the commanding heights of the global economy and to surpass the United States as the world’s preeminent superpower. … The PRC’s predatory economic policies are succeeding. … China overtook the United States in manufacturing output in 2010. The PRC is now the world’s ‘arsenal of dictatorship.’”

Our struggle with the CCP isn’t limited to economics and trade, Barr went on to suggest, but threatens the very existence of the United States itself.

“The CCP has launched an orchestrated campaign, across all of its many tentacles in Chinese government and society, to exploit the openness of [U.S.] institutions in order to destroy them.”

The China threat that Barr’s words outlined is one we have been living with for some decades now. But until Trump took office, few Americans of influence—out of fear, greed, or simple ignorance—had openly acknowledged it. Those of us who did, such as Peter Navarro, Gordon Chang, and myself, were generally dismissed as fear mongers.

The fact is that the CCP is, and has always been, unutterably hostile to every aspect of American life. It’s not just that they’ve rejected the free market and democratic rule, but rather that they’re actively seeking to undermine and destroy it. We know—because they have said so—that they’re the sworn enemy of every aspect of the liberal democratic order, from human rights and civil society to freedom of religion and freedom of speech.

But although Barr laid out, perhaps more clearly than any official up to now, the deadly threat that America faces, he was careful to identify our adversary as the Chinese Communist Party and not the people it oppresses: “The CCP rules with an iron fist over one of the great ancient civilizations of the world. It seeks to leverage the immense power, productivity, and ingenuity of the Chinese people to overthrow the rules-based international system and to make the world safe for dictatorship.”

The attorney general even intimated that the day would come when the CCP no longer ruled China, telling Americans that they should “reevaluate their relationship with China, so long as it continues to be ruled by the Communist Party.”

Now, I believe that the Red Dynasty that currently rules China will one day soon come to an end, and that the United States should be proactively working toward that end. It’s not enough to talk in general terms about the promotion of human rights and democracy in China. We need robust programs, specifically directed at the weaknesses of the CCP, to bring about its demise.

Working for regime change in China is, at the most basic level, a matter of simple reciprocity. If the policy of the CCP is to undermine and destroy the U.S. economy and its democratic institutions—which, as Barr indicated, it clearly is—then our China policy ought to mirror that. It should be focused on the destruction of the CCP, along with the dissolution of the political and economic institutions through which it controls China and preys on its people.

One of the most efficacious ways to accomplish this, in my view, is to impose sanctions on a widening number of CCP officials and their immediate family members, while encouraging our allies to do likewise. Denying visas to leading CCP officials and their families, while confiscating any assets they hold in the United States, is an appropriate punishment for the crimes they have committed against the Chinese people and the world.

Such sanctions would also sow rancor and division within the ranks of the larger Party, as well as drive a wedge between the Party and the Chinese people, by exposing truly massive corruption.

It’s widely known that many members of the criminal enterprise known as the CCP engage in what might be called “international money laundering.” Thousands, perhaps tens of thousands, of CCP officials have over the years moved some of their ill-gotten gains offshore as “insurance” against their own political downfall, or against the collapse of the CCP itself.

China expert Jonathan Manthorpe estimates that some $1 trillion has been “spirited out of China by Communist Party leaders and their hangers-on” for the purpose of hiding their assets “in stable overseas havens like Canada, the United States, Australia or Europe.” I believe this number may well underestimate the real amount.

These funds are accompanied by family members, who are tasked with watching over the family’s overseas “investments,” and creating a safe haven for the officials themselves if it’s ever necessary for them to flee the country. I would venture to say that each and every one of the 25 members of the Politburo has a family member in the United States or another Western country. Even CCP General Secretary Xi Jinping’s own daughter is a graduate of Harvard University, and is said by some to be pursuing a graduate degree there even now.

The same is true of countless other CCP officials at every level of government. The former spokesman of the Foreign Ministry, Geng Shuang, had a child attending school in the United States while he was, on a daily basis, denouncing the United States. If the visas of these family members are revoked, and their assets confiscated, it will hit home in a way that few other U.S. actions would.

The good news is that the sanctioning of CCP officials, in this case for egregious human rights violations against Xinjiang Uyghurs, has already begun. U.S. Secretary of State Mike Pompeo, in conjunction with the U.S. Treasury Department, announced on July 9 that Chen Quanguo, the Party secretary of Xinjiang, and two other CCP officials would no longer be welcome in the United States. A fourth official also faced sanctions. The sanctioning of Chen was especially significant since, as a member of the 25-man Politburo, he’s one of the CCP’s top leaders.

The CCP retaliated—predictably—with sanctions of its own against an identical number of Americans. This new “gang of four” are Rep. Chris Smith (R-N.J.), Sen. Ted Cruz (R-Texas), Sen. Marco Rubio (R-Fla.), and the U.S. Ambassador-at-Large for Religious Freedom Sam Brownback. (Curiously, they’re all Republicans. Not a single member of the Democratic Party is being sanctioned.)

China’s sanctions are merely symbolic, of course, since the “gang of four” have no interest in traveling to, much less investing in, China. America’s sanctions, on the other hand, have real bite, since some of the CCP officials sanctioned probably do have homes and bank accounts in the United States, along with family members to oversee them. The sanctioning of Politburo member Chen, in particular, must have shocked its 24 other members, who now understand that their assets in, and access to, the United States is no longer assured.

Perhaps this explains why the Ministry of Foreign Affairs spokeswoman, after sanctioning the “gang of four,” seemed so eager to suggest that the two sides had now reached closure.

“We don’t plan any further sanctions,” she said, sounding plaintive, “and we hope the American side doesn’t either.”

We have only begun to sanction, we should say in response.

But I would counsel those making China policy not to waste everyone’s time by sanctioning low-level, or even mid-level, officials.

The authors of the CCP virus pandemic and the authors of the Uyghur genocide are one and the same. And they aren’t the heads of Chinese companies like Huawei, or provincial-level officials in Xinjiang. Rather, they are the members of the Politburo and, most importantly, Xi himself. Power in China is concentrated in the hands of very few, and it’s those few who should first be sanctioned.

So let’s start with the Politburo and take away the assets that they and their family members have stashed overseas. What better way to illustrate to the Chinese people how the highest leaders of the CCP have pillaged their own country and people than by confiscating—in a highly public manner—their ill-gotten holdings in the United States? What better way to illustrate that their corrupt, criminal behavior is unacceptable in the civilized world than by denying them visas to the United States?

When we are done publicly humiliating the members of the Politburo, let’s move on to the entire Central Committee and the National People’s Congress, and from there to sanctioning each and every member of the CCP. These actions, if taken sequentially, would cause tremendous unrest within the ranks of the Party, as well as widen the already enormous gap between the Chinese people and their political masters.

CCP leaders surely understand the danger that they’ll face if the United States delegitimizes their rule in this way. That’s why, as soon as the idea of sanctioning CCP members began being discussed in U.S. policy circles, the Global Times responded in a panic with rhetoric about how the CCP was the “heart and nervous system” of Chinese society.

Another article in the CCP mouthpiece screamed that a “US travel ban on CCP members would be ‘paranoid.’”