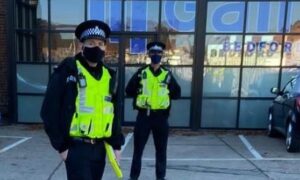 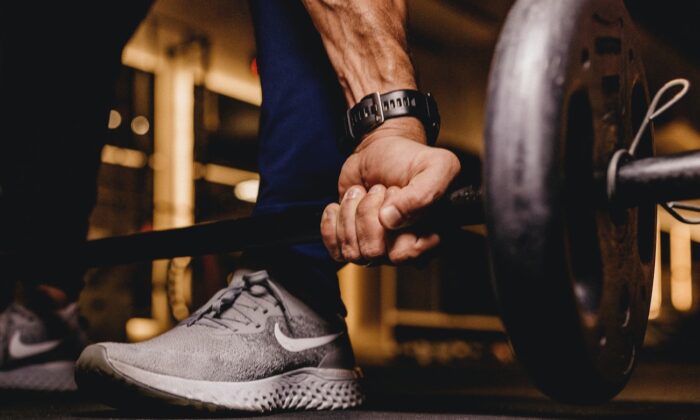 A gym in East San Jose, California, is facing $550,000 in fines for defying Santa Clara County’s health order and continuing to operate amid the CCP virus pandemic.

California Ripped, located at at 1035 East Capitol Expressway, has reportedly been operating indoors for months despite the stay-at-home order, which prohibits gyms from operating indoors in an effort to slow the spread of the CCP (Chinese Communist Party) virus.

A hand-written sign on the window of the gym reads: “We are exercising our constitutional right to peacefully protest. We are protesting that health clubs and exercise are essential,” according to The Mercury News.

California is currently working on a four-tier, color-coded classification system, which determines which counties can move forward with reopening businesses.

The state’s purple tier for reopening prohibits gyms from operating indoors, though they are permitted to move equipment and classes outside to continue serving their clients.

California Ripped is reportedly taking safety measures and requires visitors to wear a mask when using the facility and has also closed its sauna, stopped offering group classes, and turned off its water fountains.

It also provides materials to wipe down equipment after use, however, it is unclear if there are any social distancing guidelines or capacity limits, and they have reportedly chosen not to move equipment outside.

While the gym has received $550,000 in fines from Santa Clara County and faces the threat of legal action, its manager has remained defiant.

“We’re not saying that there’s no virus or we don’t believe it, but we do believe that we can provide a place where people can come safely and stay healthy—and also provide the ability for us to pay our bills and make a living,” the manager of California Ripped Fitness, who would not provide his name, said in an interview with The Mercury News on Wednesday.

Despite repeated visits and notices from county officials, the gym has made no effort to comply with the stricter health orders.

“It’s really unfortunate because most other businesses of a similar type have complied with the order and have adapted to doing things outside, which is allowed now, while (California Ripped Fitness) has continued to violate the order and put people at risk,” Michael Balliet, director of the county’s community and business engagement branch, told The Mercury News.

California Ripped is just one of many businesses in the Bay Area that have chosen not to comply with the strict health orders despite studies suggesting that gyms are hotspots for the virus.

Three gyms located in Contra Costa County were cited and fined in recent months for violating the COVID-19 health order.

Diablo CrossFit in Pleasant Hill and two Fitness 19 locations in Danville and Concord were fined hundreds of dollars.

In January, a number of restaurants in Danville were also fined for continuing to provide outdoor dining to customers. Some of them have since been shut down by County officials.

Businesses across the United States have been hit hard by lockdown orders in response to the pandemic.

In January, The Epoch Times spoke to Minnesota boxing club owner Mark Royce, who was forced to close a number of his studios after months of severe shutdowns imposed by the governor.

At the start of 2020, Mark and his wife had owned three flourishing boxing clubs and a yoga studio, two of which were on the market as they sought to downsize.

“I’m going to teach classes whether the governor says it’s OK or not. This is the only way we can make a living. That’s what our business model is,” Royce said. “Technically we could do virtual classes still, but … you can’t hit a virtual boxing bag.”

“I’m fed up and I’m done. I have nothing left. They’ve taken everything from us. They destroyed our business this year. They did. Not a virus. The virus did not do this,” the business owner added.